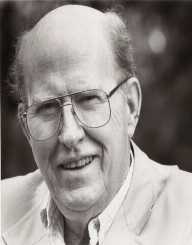 A. R. Ammons was an American poet born on February 18th, 1926. He was a man who grew up in a tobacco and cotton farm to become among the greatest poets in the world. He was the 1973 winner of National Book Award for Poetry and later in 1993. Being a great poet, he also earned many other awards during his career. His work Sphere is considered to be the best his best. He wrote his final poem in 1997 which was titled Glare. A. R. Ammons lived for 75 years. He was named after one school located in Miami, Florida.

A. R. Ammons was born on February 18th, 1926. His place of birth was in North Carolina. He was the son of Lucy Ammons and her husband, Willie. He had two surviving siblings.

In 1943, A. R. Ammons graduated from Whiteville High School. During the Second World War, his studies were interrupted. He joined the U.S.S. Gunason as a Navy destroyer. During this time, he penned down what came to be his first poems.

When the war ended, he continued his studies. He joined the Wake Forest University where he specialized in Biology. He graduated from the University in 1949. He then enrolled at the University of California. He studied for his M.A. in English at the university.

Following his graduation, A. R. Ammons began his career at Hatteras Elementary School. He was both the principal and a teacher at the school. In 1955, his first poem was published entitled Ommateum. The poem was not quite successful for it sold quite a few copies.

In 1964, he joined Cornell University where he served for the remaining years of his career. In the same year, his work Expressions of Sea Level was published. This was a collection of poems. Towards the fall of the 1960s, he began to be recognized hence his fame just began.

In 1972, his other collection of poems titled Collected Poems, 1951-1971 was released. In the same year, he published Tape for the Turn of the Year. Later in 1974, Sphere was out was also released. In 1981 A Coast of Trees was out and became one of his major works.

In 1988, his poem Sumerian Vistas was published. This was followed by Garbage in 1993 and Brink Road in 1996. Brink Road was a collection of more than 150 poems. In 1997, he wrote his final poem which was titled Glare.

Throughout his career, A. R. Ammons was honored with different awards. His work Sphere earned him Bollingen Prize in 1971. In 1981, he was awarded National Book Critics Circle for his poem A Coast of Trees. His work Collected Poems, 1951-1971 and Garbage earned him the National Book Award in 1973 and 1993 respectively.

In 1998, the Academy of American Poets presented him with the Wallace Stevens Award. Among his other awards were Robert Frost Medal of the Poetry Society of America and Ruth Lilly Prize.

In 1949, A. R. Ammons tied the knot with Phyllis. She taught Spanish at Wake Forest when she met her future husband. They lived together happily after that till 2001 when Ammons passed away.

Archie Randolph Ammons succumbed to cancer on February 25th, 2001 just after he celebrated his 75th birthday. His beloved wife, Phyllis survived him.