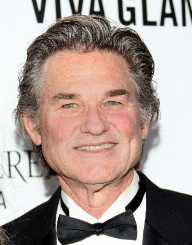 Kurt Russell is an American actor born in Mach 17th, 1951. He is a star best known for his role in Vanilla Sky, The Thing and Escape From New York. Among other movies he has acted: Forrest Gump, Furious 7 and Gilligan's Island. The talented actor was only eleven when he began his career in acting. However, he has had his down moments like with his role as Kathleen Quinlan in the film Breakdown. His performance in the play was greatly underrated. In the Tombstone film of 1993, he starred opposite actor Val Kilmer.

Kurt Russell was born in born in Mach 17th, 1951. His place of birth was Springfield, Massachusetts in the United States. He is the son of Louise Julia Russel and Bing Russell. Bing was also an actor and played professional basketball. Julia, on the other hand, was a dancer. Sadly, Kurt lost his father later in 2003. He has three sisters:  Jody, Jamie, and Jill. He also has a brother Matt Franco (born to his mother).

While in grade school, Kurt Russell participated actively in little league baseball. He later attended Thousand Oaks High School from where he graduated in 1969. Throughout his high school days, he participated in little the basketball teams of the school.

In 1966, Kurt Russell began acting for Walt Disney Studios’ Follow Me, Boys! This is after he signed a contract of 10 years with the studio. Later in 1968, he was cast in The Horse in the Gray Flannel Suit. The following year, he appeared in The Computer Wore Tennis Shoes and The Barefoot Executive in 1971.

His other role with the Disney was the 1975 film The Strongest Man in the World. Besides working for the Disney production, Kurt also became a Ballplayer. However, he had to stop playing later after he injured his shoulder in 1973.

Kurt Russell played a major role in Elvis (1979) and which earned him an Emmy Award nomination. He also featured as Snake Plissken in Escape from New York (1981). In 1883, he starred in Silkwood opposite Cher and Meryl Streep.

Later in 1996, he was cast in Escape from L.A as an eye-patched cult hero. The following year he appeared in Breakdown then Dark Blue in 2003. In 2006, he was also cast in Poseidon.

In the recent years, however, Kurt Russell has not featured in many films. Among his latest acts was in Grindhouse (2007) and Fast & Furious 7.

In 1979, Kurt Russell wedded Season Hubley, an actress. Both starred in the Television movie Elvis. The couple was blessed with a son, Boston and later divorced in 1983. Subsequently, he began dating actress Goldie Hawn, and they are still together. Both starred in the 1984 film titled Swing Shift. In 1986, they had a son, Wyatt.