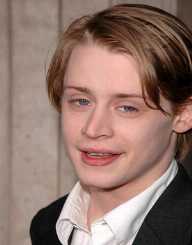 Macaulay Culkin, the most successful child actor of his generation, was born on 26th August 1980 in New York City. Culkin started acting at the tender age of four years when every child knows nothing about their life beyond watching cartoons and feeding on saturated cereals. Culkin acting debut was the 1988 “Rocket Gibraltar” and played a lead role in the comedy “Uncle Buck.” He starred in the blockbuster series “Home Alone” as Kevin McAllister in 1990 which earned him several awards and nominations.

Macaulay Culkin was the third child of seven children born to Christopher Cornelius and Patricia Brentup born on 26th August 1980. Culkin is from a long line of actors since his father and uncle were actors. Raised as a Roman Catholic, he attended Catholic sponsored schools. He further enrolled at the School of American Ballet where he learned ballet moves.

Notably, he started his acting career at the age of four. He appeared in some films such as “The Equalizer” which laid a foundation for his role in the film “Home Alone.” He also featured partly in the movie “The Midnight Hour.” He starred in the comedy “Uncle Buck” in 1989.

Macaulay Culkin rose to stardom in 1990. His lead role in the film 'Home Alone' attracted international attention. He worked alongside legendary producer John Hughes among other actors. In 1991, Culkin starred in the famous cartoon “Wish kid” and “My Girl.” In the same year, he guest appeared on the Saturday Night Live.

He also featured in the film “Good Son” for which he earned his nomination as the best Villain for the MTV Movie Award. However, the film had no success commercially. His 1994 films “Getting even with dad,” “Richie Rich” and the “Page master” were not genuinely fascinating to his fans. Thus it gained less recognition. Therefore, he took a break from acting.

Nevertheless, Culkin ranked as the highest paid child actor in the film industry. In 1998 he appeared in the music video for the song “Sunday” by Sonic Youth rock band. He concluded his break in 2000 where he featured in the movie “Madame Melville.”

In 2003 Macaulay Culkin made a guest appearance on the NBC reality show “Will and Grace” where he played as a deceivingly young divorce attorney. His role in the show earned him complimentary appraisals. In the same year, he departed from his calm and delightful acting image into a worrying acting image. He played as Michael Alig a drug addict and a dangerous killer in the film “Party Monster.”

In 2006 Macaulay Culkin published a pilot autobiography novel known as “Junior” where he brings to the limelight his unstable relationship with his father. He also writes about his career and how it all began for him.

Macaulay Culkin has an adorable makeover which has been rumored to be in preparation for his role in the upcoming film 'Change land.'

Macaulay Culkin has never opened up about his own life and when he does he only talks about his stardom and the complicated relationship with his parents. His parents were not only fighting over his custody but also his 17M fortune, so they proceeded to court though they were not legally married. His father had been his career manager.

Eventually, the court granted his mother custody of the children. The late Michael Jackson was greatly impressed by Culkin's especially after his star role on 'Home Alone.' They were reportedly sharing a bedroom at Michael Jackson home when Culkin legally emancipated from his parents at age 14. The reports saw Michael Jackson sued for child molestation. However, Culkin dismissed the claims.

Macaulay Culkin later became the godfather to Paris Jackson, Michael Jackson's daughter. Culkin married Rachael Miner at the age of 17. They parted ways two years later and legalized their divorce in 2002. Following the divorce, Culkin started dating the famous actress Mila Kunis. The relationship was on and off for eight years when they broke up. Culkin said the breakup was inevitable. In 2013 he established a relationship with Jordan Lane Price whom he is dating to date.