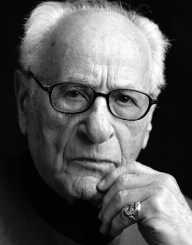 After college, Eli Wallach was drafted to serve in the United States military during World War II. While completing his service, he had to put his acting on hold. He later left the military two years after being drafted, when the war ended.

In 1945, after returning from his military service, Eli Wallach began his official acting career on Broadway. The first play he appeared in was Skydrift. This play did not gain much attention, but it did not discourage Wallach from acting. Throughout the 1940’s, Wallach appeared in over half a dozen Broadway plays, including King Henry VIII, Alice in Wonderland, and Antony and Cleopatra.

As Eli Wallach entered the 1950’s, he continued to act in plays both on and off-Broadway at about the same frequency as he had in the decade before. He acted in less-big name plays but acted in more plays overall. Some of the plays he appeared in include Scarecrow, Mademoiselle Colombe, and Major Barbara.

In the 1960’s, Eli Wallach performed less in plays, both on and off-Broadway, than he had in the decades previous. This was in part to the additional focus he was putting into his on-screen acting career, which had started to kick off in the decade previous. Some of the play he appeared in around this time include Rhinoceros, Brecht on Brecht, and Staircase.

During the 1970’s and 1980’s, Eli Wallach appeared on the stage about as much in these two decades as he had in the 1960’s. As in the decades before, he appeared in both on and off-Broadway plays, some big-name and small. These plays included The Diary of Anne Frank and Cafe Crown.

Wallach’s on-screen acting career began in the early 1950’s. At first, he appeared mostly in guest roles on television shows, like The Web and play-oriented shows like The Philco-Goodyear Television Playhouse. It wasn’t until 1956 that he appeared in his first film, Baby Doll. However, his role as Silva Vacarro didn’t kick off his film acting career. After this film, he continued to work mostly on television shows, and some made-for-television movies like The Lark and Where Is Thy Brother? for the remainder of the 1950’s.

Going into the 1960’s, Wallach’s career looked much like it had in the 1950’s. However, he was beginning to appear in more television series and films, many of which were westerns. By the end this decade, he was known for acting in westerns like Outlaws, How the West Was Won, and The Good, the Bad, and the Ugly which would on to be one of his most famous films. Some of the non-western projects he worked on around this time include How to Save a Marriage and Ruin Your Life and The Brain.

Even though the 1960’s were arguably Wallach’s most fame-making decade of his acting career, Wallach did not take on as many large projects in the 1970’s as he had in the decade before. Instead, he worked in a considerable number of television shows, made-for-television movies, and some films. Some of his best-remembered works from this decade include Satellite Motel, The Sentinel, Nasty Habits, and Firepower.

Even though the pace of how often Eli Wallach produced projects did not decrease much during the 1980’s, the quality of what he was working on did. During this decade, he worked almost exclusively on made-for-television movies and television shows. Some of the projects he worked on during this time include The Wall, Christopher Columbus, Our Family Honor, Highway to Heaven, and Murder, She Wrote.

Wallach’s career in the 1990’s was almost identical to the work he did in the 1980’s, both in quantity and quality, with some exceptions (like his role in The Godfather: Part III). Some of the projects he worked on in the 1990’s included Mistress, Night and the City, O Henry’s Christmas, and Naked City: Justice with a Bullet.

Eli Wallach finally began to slow down in the 2000’s, when he was in his 80’s-90’s. His last film, Wall Street: Money Never Sleeps, was released in 2010. Some of his other films and projects from this decade include The Hoax, The Holiday, Nurse Jackie, and The Ghost Writer.

Throughout his long acting career, Eli Wallach earned his fair share of awards. Some of his most impressive awards are listed below.

Eli Wallach married Anne Jackson in 1948. This couple had three children together: Katherine, Peter, and Roberta.