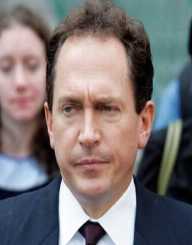 Scott D. Sullivan, He was the Chief Financial Officer who led to the collapse of WorldCom through a financial fraud scandal.

Scott D. Sullivan was born in New York in 1963. He went to Bethlehem High School situated in Delmar. He was a gifted academician with a positive attribute in mathematics. He also proved to be a prolific wrestler in his high school team. After high school, Sullivan enrolled at the State University of New York, Oswego. He graduated with a Bachelor in Science degree majoring in Accounts. Years later in 1998, Sullivan was honored by the alma mater school with an Anniversary Class Award for Alumni.

Sullivan joined the new merger as an accountant. He soon proved an asset and gradually rose through the ranks. He became the Chief Financial Officer in December 1994, just two years after the merger. He served in several high ranking offices until his resignation in December 2002.

Sullivan was an astute negotiator. He understood both the micro and macro projections of the business world. He grasped figures with a photogenic recollection. He helped Ebbers in the acquisition of high stake firms in the US. In 1997, Sullivan helped in negotiating the takeover of MCI. After the acquisition was made, Sullivan became the CFO of America’s most recognizable telecommunications mergers. He earned a salary estimated around USD 19 million at the start of 1998.

He spent his time divided between his work and family. He worked at his office in Mississippi. During his free time, he spent his time with his wife and daughter in Florida. Sullivan lived in a modest mansion according to Florida standards despite his lavish salary. His neighbors saw a modest family man. He was fond of babysitting his daughter outside their mansion. In view of relocating to their dream house, Sullivan bought a piece of land in a private neighborhood. The land was estimated at USD 2 million in Boca Raton area of Florida. Unfortunately, their dream failed to materialize.

Sullivan diversified his income revenues to stocks and other investment bonuses. In 2000 he was earning about USD 45 million. As Sullivan’s wealth grew, WorldCom fortunes dwindled. The company plummeted in the stock market. To avoid a decline in the stock market, Sullivan started altering the company’s financials. He oversaw the posting of expenses as business or capital investments. He convinced the experts on Wall Street of the positive expansion of the company. Theoretically, WorldCom was rising, but in the real sense, the company was making serious loses.

He continued altering the figures and reports until 2002. Sullivan was discovered by the company’s auditors in an investigation that unearthed one of the biggest financial scandals in America. WorldCom lost USD 11 billion forcing its collapse. The company filed for bankruptcy to avoid serious investor litigations. In July 2002 WorldCom was officially declared bankrupt and closed its offices.

Sullivan was arrested as the chief mastermind of the fraud in 2002. He continued to fight for his innocence until 2004. He voluntarily entered a guilty plea in his case. As part of a prosecution deal, he agreed to witness against his former boss Bernard Ebbers in a fraud case. Bernard Ebbers was prosecuted in 2005.

In his confession, Sullivan narrated how he willfully gave out wrong information to the company’s investors. In a twist of events, he claimed that CEO Bernard Ebbers was fully aware of the proceedings. Sullivan was convicted by the court and sentenced to five years in prison. He was granted a possibility of parole in case of good behavior. Ebbers was prosecuted and sentenced to 25 years in prison for fraud charges.

Sullivan was sentenced to serve at the Jessup Federal prison in the state of Georgia. He was granted parole for his efforts in complying with police investigations in the WorldCom downfall. In May 2009 he was released for jail under close supervision from the probation officers. He went to his rented home in Boca Raton in Florida. His earlier mansion was confiscated and sold. He spent three years under probation supervision.

Scott D. Sullivan oversaw the collapse of one of America’s biggest telecommunication companies. He implicated his CEO as part of the scheme. CEO Ebbers maintained his innocence to the end of his trial and conviction to jail.