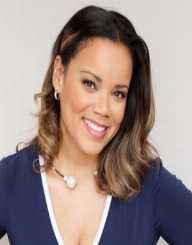 Kimberley Locke is an American singer, songwriter, and model, who gained her fame through the music competition American Idol.

Kimberley Locke was born in the town of Hartsville, Tennessee, on January 3, 1978. Her father, Donald, worked as a truck driver. Her mother, Christine, worked at the Gap. They got a divorce when she was eight years old. She studied at Gallatin High School. In 2001, she graduated with a degree in business administration from Belmont University. She then got a job as an administrative assistant in a company in Nashville.

While in high school, Locke formed a group with three of her friends. It was called Shadz of U, and they performed in different churches every Sunday. She was also a part of the school choir. In university, she occasionally performed with the band The Black Widows and The Imperials.

In 2002, Locke auditioned for the second season of American Idol. She went through the rounds with success. She ended up winning the third place.

Locke’s first album, One Love, came out in 2004. It reached the 16th spot on the Billboard charts. She then released a few original singles and covers of songs such as “Jingle Bells”. Some of them managed to place on the charts in the United States and in the United Kingdom. Her second album, Based on a True Story, came out in 2007. The three singles that were a part of it reached the first spot of the Billboard dance club chart. Later that year, she released her holiday album, titled Christmas.

In 2009, Locke became the first artist to sing with the Dream Merchant 21 record label, owned by American Idol judge Randy Jackson. She recorded a single called “Strobelight”. In 2011, she started her own entertainment company called I AM Entertainment. She then released her dance-themed fourth album, Four for the Floor. In 2013, she released the single “Feel the Love” exclusively in the United Kingdom. It reached number one on the Club and Pop divisions of the British charts.

Locke has appeared in many different television shows. She was a guest host on Good Day Live, The View, The Better Show, and Word Slam. She served as a judge on the music competitions Little Talent Show and Next Great Family Band. She was a contestant on the game shows Family Feud and Don’t Forget the Lyrics.

In 2005, Locke started her own reality TV show, Aren’t You That Girl. The show tracked her work on her second album and her preparations for her upcoming wedding. The engagement was later canceled, so the entire project was shut down.

In 2007, Locke participated in the weight loss show Celebrity Fit Club. She previously worked as a plus-size model. She was signed to Ford Models and she was a spokesperson for the plus-size brand Lane Bryant. Still, she decided to enter the show with a goal of losing 40 pounds. She followed the Jenny Craig diet plan, managing to lose 27 pounds until the finale. She lost the remaining 13 pounds in the next few months after the show ended. The next year, she was the centerfold of the “Diets That Work” issue in Us Weekly. She was also a special guest on an episode of the Ellen Show.

Locke has worked with many charities, such as the Elizabeth Glaser Pediatric AIDS Foundation and the Davy Foundation. She is especially active in those who try to raise awareness for HIV/AIDS and breast cancer. In 2007, she was awarded the Red Ribbon award for advocating awareness about AIDS. She teamed up with General Mills to introduce a campaign for breast cancer awareness in the African-American community. She is also a member of Feeding America, a prominent hunger-relief organization. In 2010, she was elected to the Board of One Heartland, a pediatric AIDS organization.