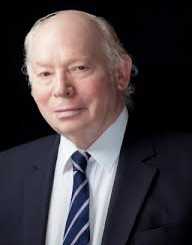 Steven Weinberg is an American physicist, scientific writer, and Nobel laureate who majors in electromagnetism.

Steven Weinberg was born in New York on May 3, 1933. His parents Frederick and Eva were immigrants from Eastern Europe. He attended local elementary schools. In 1950 he graduated from the Bronx High School of Science. Interesting to note, he was in the same class with Sheldon Glashow, the scientist he shared the Nobel Prize with years later. He enrolled at Cornell University for a Bachelor of Science program. Weinberg graduated in 1954.

He went to study at the Niels Bohr Institute of Theoretical Science in the Swedish capital Copenhagen. He left Copenhagen with his Master degree in Science. Back in the US, he registered for a doctorate at Princeton University. He graduated from Princeton in 1957.

After leaving Princeton, Steven Weinberg started working at the Columbia University in 1957. He left the university in 1959 for University of California, Berkeley. He continued working as a researcher until 1966. As a physicist, he worked on numerous research topics bordering electromagnetism. Some of the topics are quantum field and scattering theories. He documented his findings on the topic of astrophysics. In 1965 he embraced the research on spontaneous symmetry breaking.

In 1966 Weinberg left Berkeley for Harvard. He assumed the post of Loeb Lecturer at the university. Weinberg stayed at Harvard until 1969. During his stay at Harvard, he also doubled as a professing lecturer at the Michigan Institute of Technology or MIT.

At MIT, Steven Weinberg worked on three topics. He researched modern algebra, renormalization theory, and broken symmetry. After lecturing as a visiting professor at MIT, Weinberg was appointed as a resident professor in the Physics department 1969.

In 1973 he became a Higgins Professor of Physics at the Harvard University. Weinberg also held a post at the Smithsonian Astrophysical Observatory as a Senior Scientist. Weinberg intensified his research on topics of quantum theories. In 1977 he documented his work in a book titled The First Three Minutes: A Modern View of the Origin of the Universe. In the book, Weinberg belabored to explain the scientific version of the big bang theory of creation.

He furthered his research on the quantum theory by venturing into the study of gravity, heavy quark, and effective field theory. He also studied the effects of low energy on quantum theory. In 1982 he became the Chairperson of the Science Foundation at the University of Texas. Weinberg started a think tank called The Theory Group of the Physics Department.

Steven Weinberg continues to give lectures and insightful discussions on scientific topics of electromagnetism. He writes articles in scientific journals on the same. In his articles and books, Weinberg discusses the elusive correlation between science, history, religion, and philosophy. He often contributes to the New York Book Review. He has over 13 books published under different scientific topics.

In 1979 Steven Weinberg won the Nobel Prize for Science. He shared the prize with two other colleagues in their different efforts in scientific research. The others were his former high school colleague Sheldon Glashow, and Abdul Salam.

Weinberg is also a recipient of numerous awards and recognitions over the years. He has eleven honorary doctorates from different universities. He received his latest award in 2009 from the University College of Dublin in Ireland.

In 1954 Steven Weinberg married American lawyer Louise Weinberg. The two have a daughter. Born and raised by Jewish parents, Weinberg is a strong supporter of the State of Israel. He sees any contrary view as anti-Semitism. He has a book titled Zionism and Its Cultural Adversaries. He discusses the right of existence for Israel and its right to defend itself from neighborly aggression.

On the contrary, he does not ascribe to the belief of religion. He believes religion enslaves the living of a person. Weinberg is a confessed atheist. He points out the abuse of religion like the justification of the African slave trade by the European Christians. They used the theory that Africans were the children of the Biblical Ham, and thus they have to suffer as foretold in the Bible.

Steven Weinberg is a decorated physicist and theoretical scientist. He has given a lot of insightful research findings in the field of science. He is a scientific researcher who delves into the discussions relating to science and divinity.

He always strives to give a logical reason on the principles governing nature and the controls of the universe. In the US and globally, he is considered one of the best amongst his luminaries in the field.