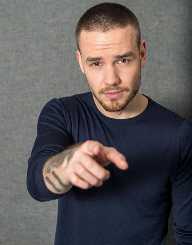 Liam Payne is best known as a member of the famous British pop Boy Band’One Direction. He is an English songwriter as well as a singer. He has been a talented singer and athlete from childhood. He regularly trained with Wolverhampton and Bilston Athletics Club. In 2012, Liam Payne and his bandmates got a recognition when they were named the 2012’s Top New Artist by Billboard. In 2014, the band received the eight Teen Choice Awards.

The birth of Liam Payne into the family of a nurse and a fitter was a turning point in the life of his parents. This is because his parents were in need of a male child has had two female children. He was born on the 29th day of August 1993 in Wolverhampton, Staffordshire, England. His parents were Geoff Payne and Karen Payne respectively. He was given birth to prematurely, about three weeks to his normal birth. This made him visit the hospital constantly. As a child, he had to receive about 32 injections every day on his arm causing him pain. He had a kidney dysfunctional too while he was young.

Liam Payne was enrolled in St. Peter’s Collegiate School, Wolverhampton. There he developed his interest in both Athletics and Music. He trained more and well as a runner with at Wolverhampton and Bilston Athletics Club. In 2012, he failed to be selected for the Olympic Game’s English National Team. He had a breakdown because of this and chose to follow his music career earnestly. As at age 12, Liam Payne was into singing and acting with Pink Productions, a local theater group. He got the opportunity to perform in front of different people entirely and not his family. He graduated from the school and got admitted to the City of Wolverhampton College; there he studied music technology.

Liam Payne’s career got to the television when he was auditioned at age 14 for the television talent competition “The X Factor.” There he performed well pass all the stages till the penultimate stage of the show. Liam Payne became one of the final 24 competitors but was later eliminated. Before he was eliminated, Judge Simon Cowell was of the opinion that he was not well prepared for the demands of live show competition.

Liam Payne was encouraged to return in consequent series. A year later, he was ineligible to participate due to the change in application year which was now 16. He trained well as a vocalist during this period. In 2010, he came back to X Factor to be auditioned. He vocal the Julie London’s Classic song “Cry Me a River.” The audience and the judge were impressed by this and gave him a standing ovation. He was thus selected.

However, Liam Payne was eliminated as a solo artist before the show reached the final round. Nicole Scherzinger and Simon Cowell, however, combined him Harry Styles, Niall Horan, Louis Tomlinson and Zayn Malik, his fellow competitors. Thus, a new group was formed. This new group called One Direction finished the competition in third place and got a contract with Cowell’s music label. This group is, however, more successful than any other groups. This is because they became the first group to have all five albums debut at number 1 position on the Billboard Hot 200 Chart. He is a principal songwriter in the group. He also co-wrote most of the songs in the band’s third and fourth album with Louis Tomlinson. In 2015, Malik quitted the band, and he took over Malik’s vocals. In the same year, he co-wrote a song “The Night We Met” for Hometown, an Irish Boy Band.

His major works were with One Directions. However, his single with One Direction, What Makes You Beautiful” topped the UK Singles Chart on release. It however later sold over 5 million copies all over the world. It became the best-selling singles of all time.

Most of his awards and achievements are with the One Direction Bands. Apart from the fact that Liam Payne was a participant in the X-Factor show, he, however, won big with One Direction.

In 2010, Liam Payne started dating Danielle Peazer, X-Factor Contestant. However, the two broke up in September 2012 but came back within three months. The two, however, got themselves separated in April 2013.