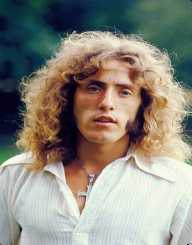 Roger Daltrey is an English actor and singer born on March 1st, 1944. He is best known as the former lead vocalist of The Who, a classic rock band. He was also the co-founder of the band.  The talented musician is also known for his trade make of using his microphone’s cord to swing the microphone while performing at concerts.

His fame began around the mid-1960s with hit songs such as "Substitute," "Baba O'Riley" "I Can't Explain," and "My Generation," among others. Among Roger’s first experiences in the music career was through a guitar which he created. He used a block of wood to carve a guitar just like that of cherry red Stratocaster

Roger Daltrey was born on March 1st, 1944. His place of birth was in West London in England but grew up in Acton. He is the son of Harry Daltrey and Irene and has two siblings. His father participated in the Second World War and would return home after a few years. He also supported his son’s music career. In fact, he is 1959 he bought his son Epiphone guitar.

Instead of joining the college as his parents would have loved him to do, Roger Daltrey chose to pursue his passion for rock and roll music. He joined Detours band and later became its lead guitarist with an Epiphone guitar his father had bought him. Meanwhile, at school, he became a rebel and began smoking tobacco. Eventually, he was expelled. This led to his later autobiography "until he was expelled Roger had been a good pupil."

Besides playing with Detours in his early career, Roger Daltrey also earned a living as a steelworker. Their first single "I Can't Explain," was released in 1965. It was a hit song which became among top 10 single songs in the charts of UK.  In 1967, their song “Happy Jack" made a debut appearance in the Charts of America.

Roger Daltrey later became the lead vocalist and singer of The Who band. He has then released songs such as “My Generation” and "Behind Blue Eyes." In 1969, the band released the Tommy rock opera which became a huge success for their career in music.

In 1976, Roger Daltrey acted the lead role in Lisztmania, a biographical film, by Franz Liszt. In 1981, he produced and starred in McVicar.  Other films which he acted later include:  Lightning Jack in 1994, Like It Is in 1998 and Best in 2001.  Rogers produced the Amazing Journey: The Story of the Who TV documentary which was released in 2007.