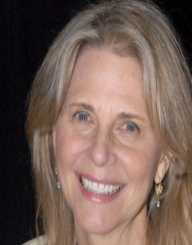 Lindsay Wagner was born on June 22, 1949, in Los Angeles, California, USA. Her parents are Marilyn and William Wagner. Sadly, her parents divorced when she was still a child, so she was primarily raised by her mother. Her mother later remarried when Wagner was a teenager. This uprooted her family to Oregon.

Lindsay Wagner first found her love of acting when she was in middle school. It was around this time that she started to take acting classes for fun. As a teenager, she performed in several plays, which only encouraged her love of acting.

After high school, Wagner went on to study at the University of Oregon. Lindsay Wagner studied here for a year before dropping out. She sites her struggles with dyslexia being one of the main reasons why she dropped out of school. After doing this, she moved from Oregon to Los Angeles.

Once back in Los Angeles, Lindsay Wagner began working as a model. She had some previous experience with this, as she had modeled for her aunt’s company as a teenager. While doing this, she mainly appeared in commercials.

Lindsay Wagner officially started her television acting career in 1971 when she appeared as the small character, Jenny Carson, in Adam-12. For the next few years, Wagner would continue to get bit parts in shows like The Man and the City, Sarge, and Night Gallery. However, it wasn’t until 1973 that she landed her first small role in a film: Two People. Later in that same year, she also appeared in the film The Paper Chase.

It was around 1975 that her acting career really kicked off. In 1975, she earned her first major recurring role as the character Jaime Sommers on The Six Million Dollar Man. Lindsay Wagner later played the same character on the show The Bionic Woman, a spin-off series of The Six Million Dollar Man. She played the main character of this show for the entire time it was on air [until 1978].

After her success on The Bionic Woman, more acting opportunities opened up for Wagner. In the 1980’s, Lindsay Wagner spent much of her time acting on television shows and made for television films. Some of the most popular films and shows she acted in during this time are Jessie, Princess Daisy, The Other Lover, Child’s Cry, The Return of the Six-Million-Dollar Man and the Bionic Woman, Student Exchange, Bionic Showdown: The Million Dollar Man and the Bionic Woman.

Not much changed for Wagner from the 1980’s to the 1990’s. She continued to work primarily in made for television movies. Some of the most famous films she was in during this decade include Shattered Dreams, To Be the Best, Once in a Lifetime, Bionic Ever After?,  Young Again, and A Mother’s Instinct. She also held the recurring role of Rebecca Cafferty in A Peaceable Kingdom from 1989 to 1995.

The 2000’s were more or less the same as the two decades before, but with one noticeable exception-- Wagner was also in feature films, not just made for television films. However, many of these movies did not become popular. Some of this films included The Surfer King, Billy: The Early Years, and Who Killed Soul Glow? She did continue to work on made for television movies as well, such as Four Extraordinary Women, Scruples, and The Thanksgiving Home.

In the 2010’s, Lindsay Wagner went back to working on television shows and made for television movies. She played small parts in Love Finds You in Valentine and Change of Heart. She also had guest appearances in Scruples and NCIS. From 2010 to 2014, she also held the recurring role of Dr. Vanessa Calder on Warehouse 13. As of 2017, Wagner is still active in her acting career.

In the late 1980’s, Lindsay Wagner began working on her writing career. She wrote three books during her short writing career. Her books and her co-authors are listed below.

All of Wagner’s awards are due to her acting career. Some of her awards are listed below.

Lindsay Wagner was first married to Allan Rider in 1971. However, this marriage did not last long, as the couple divorced in 1973. She next married Michael Brandon in 1976. This marriage was also short, ending in divorce in 1979. She was married for the third time to Henry Kingi. Together, this couple had two children: Alex and Dorian Kingi. They later divorced in 1984. She married for a fourth time to Lawrence Mortorff in 1990. This marriage ended in divorce in 1993. She has not been married since.