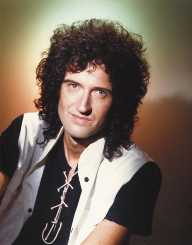 Brian May was born on July 19, 1947. He is an English musician, singer, guitarist, songwriter and astrophysicist. He is famously known as the lead guitarist of the rock band ‘Queen’. Brian became a legend in rock music selling more albums than ‘The Beatles’. His homemade electric guitar is known as ‘Red Special’.

Brian May was the co-founder of the band ‘Queen’ with lead singer Freddie Mercury and Roger Taylor who was the drummer. He had a passion for music and science as well especially physics. His music albums over the years have topped the music charts in the UK and USA. He completed his PhD in Astrophysics at Imperial College, London.

Brian Harold May was born on July 19, 1947 in Hampton, London. He was born to Harold and Ruth as the only child. He attended Hampton Grammar School. While a student he formed his first band with Tim Staffel. At Hampton Grammar School, he attained ten GCE Ordinary Levels and 3 A-Levels in mathematics, physics and applied mathematics. He joined Imperial College, London to study mathematics and physics. He graduated with a Bachelor of Science in Physics with honors.

In 1968, Brian May formed the band ‘Smile’ together with Roger Taylor and Tim Staffel. The band later on disbanded when Tim left. In 1970, he co-founded the rock band ‘Queen’. He wrote songs for the band and at times he would be called upon to sing. In 1983, he collaborated with Eddie Van Haler to record his first solo work ‘Star Fleet Project’.

In 1986, Brian composed the cong ‘Anyone Can Fall in Love’. In 1989, he composed ‘I Want It All’ and ‘Scandal’ for the band’s album ‘The Miracle’. He also played guitar for the bands, ‘Black Sabbath’ and ‘Living In a Box’. In 1991, Freddie Mercury (one of the founders of ‘Queen’) died and this motivated Brian to complete his album ‘Back to the Light’.

In 1992, Brian May formed ‘The Brian May Band’ which did not last for long. In 1995, he joined the film industry while working on an album of covers titled ‘Heroes’. In 2004, Brian and Taylor reunited and toured with Paul Rodgers with the name ‘Queen +Paul Rodgers’. In 2007, he went back to finish his PhD in astrophysics at Imperial College in London which he had suspended so as to pursue his music career. In 2008, ‘Queen +Paul Rodgers’ first solo album ‘The Cosmos Rocks’ was released.

In 2011, ‘Queen’ performed with Adam Lambert for MTV Europe Music Awards. ‘Queen’ also performed at the closing ceremony of the Summer Olympics in London. Brian is a co-author with Sir Patrick Moore and Chris Lintott of ‘Bang! The Complete History of the Universe’ and ‘The Cosmic Tourist’.

In 2014, Brian May co-founded Asteroid Day with Rusty Schweickart, Danica Remy and Grigorji Richters. Asteroid Day is an awareness campaign all over the world where people come together globally to learn about asteroids and what we can do to protect our environment.

In 2011, Brian May was presented the Global Icon Award for ‘Queen’ at the MTV Europe Music Awards. In the same year, he was also listed among the ‘100 Greatest Guitarists of All Time’ by the Rolling Stone Magazine. Brian is also an astrophysicist and an activist for the protection of animals welfare. He does not entertain the idea of hunting foxes and other wild animals.

In 1974, Brian May married Chrissie Mullen with whom he had three children, Jimmy, Louisa and Emily Ruth before they divorced in 1988. In 2000, he married actress Anita Dobson. Brian uses his homemade electric guitar to date. The guitar is known as the ‘Red Special’.