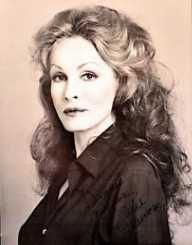 Born on August 16th, 1933 Julie Newmar rose to become a highly acclaimed American actress, a singer and a dancer. Just For You -1952 was her first film appearance. She also went on to feature in other films including Seven Brides for Seven Brothers- 1954 before switching to try her luck in the TV industry. This was after she had ventured into acting on stage during the 1950s. In the 60s era, she featured in Batman TV series as Catwoman for two seasons. Two decades later, Batman Returns film prompted her to try and reprise her role.

Julie Newmar was born on August 16th, 1933. Her place of birth was in Los Angeles, California. At the time of her birth, Newmar was given the name Julia Chalene Newmeyer. She was the eldest daughter of Don and Helen. Her father was a former professional footballer who also headed the Physical Education Department in Los Angeles City College. Her mother was a fashion designer and a real estate investor.

Newmar’s professional acting career took off in 1952 with the role she played in Just For You. After this, she landed other film roles in movies such as Slaves of Babylon- 1953, Serpent of the Nile -1953, The Band Wagon -1953 and in 1954 she featured in Demetrius and the Gladiators. During this period, she also ventured in working as a dancer and a choreographer for the Universal Studios. Still, in 1954, she managed to land her first important role in the film industry. This was in the film, Seven Brides for Seven Brothers.

Newmar was also active on stage during the 1950s. On Broadway, she made her first appearance in 1955 while performing Silk Stockings. Other on-stage performances that she featured on included Ziegfeld Follies, Li'l Abner, and The Marriage-Go-Round. Her performance in the latter work earned her a Tony Award as she was regarded as the Best Supporting Actress.

With success surrounding her from her film and on-stage performances, soon, she pursued an active TV career. One of her early roles on TV that earned her Golden Globe nominations was in My Living Doll, an American sitcom. This show was aired for one season before it ended after 26 episodes of running. With the cancellation of this sitcom in 1965, she was cast in Batman -1966. Julie Newmar took the role of the Catwoman which has been admired for many years since then. She not only attracted a large audience for her acting prowess but her sexy figure also lured many to love her Catwoman role. Being the original Catwoman, fans have grown to love her, and this made it hard to find a replacement for her role in the reprise of the film in Batman Returns ¬-1992. Newmar tried to audition for the role 25 years later, but Michelle Pfeiffer won this.

In 1977, Julie Newmar tied the knot with J. Holt Smith. This relationship ended in divorce in 1983.