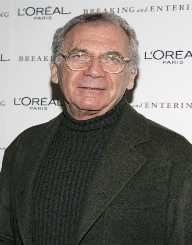 In 1955, Sydney Pollack made his acting debut in the Broadway comedy ‘The Dark is Light Enough.’ In 1956, he starred in an episode of the television series ‘The Kaiser Aluminium Hour.’ In 195, Sydney Pollack was called to perform his military service for two years. After Sydney Pollack was released from military service, he returned to New York where Sydney Pollack starred in series such as ‘Star time,’ ‘The United States Steel Hour’ and ‘Playhouse 90’ among others. Sydney Pollack became an assistant to Meisner but later started teaching in order to earn a living. In 1960, he was invited to Los Angeles by his friend John Frankenheimer. John invited him to work as a dialogue coach for the child actors of his film that would be released later.

In 1958, Sydney Pollack got married to Claire Bradley Griswold with whom he had three children, Steven, Rachel, and Rebecca. In 1993, his son Steven died in a plane crash. Sydney Pollack died on May 26, 2008, at his home. His remains were cremated and his ashes scattered. His wife and his daughters survived him. Sydney Pollack died at the age of seventy three.