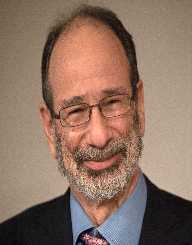 Daniel Mc Fadden was born on July 29, 1937. He is an American economist. In 2000, he won the Nobel Memorial Prize in Economic Sciences for developing the methods and theory applied for the analyzing of the behavior of individuals in comprehending the choices people make as regards where to work, where to establish a residence or when to marry or get married. He is also established the Econometrics Laboratory at the University of California.

Daniel McFadden was born on July 29, 1937, in Raleigh, North Carolina. He was born to Sain McFadden and Alice Little. He attended public schools in North Carolina for his education. He later enrolled at the University of Minnesota where he graduated with a Bachelor of Science in Physics. While in the university he worked in the Cosmic Ray Laboratory which was headed by Professor John Winckler. The experience in the laboratory shaped his researching career. In 1962, he obtained his Ph.D. in Behavioural Science in Economics from the University of Minnesota.

After obtaining his Ph.D., he became a Mellon postdoctoral fellow at the University of Pittsburgh. In 1964, McFadden was inducted as a fellow at the University of California where he studied choice behavior and the linking of economic theory and measurement. In 1974, he introduced the method of conditional logit analysis. In 1976, he became the Irving Fisher Research Professor at University of Yale. In 1977, he joined the Massachusetts Institute of Technology. In the same year, he became a member of the American Academy of Arts and Sciences’. In 1986, he was appointed the director of the statistics research center at the Massachusetts Institute of Technology.

In 1981, he became a member of the National Academy of Sciences. In 1991, he returned to the University of California where he set the Econometrics Laboratory. The laboratory was established for the advancement of statistical computations for the purpose of the application of economics. His articles have been published in journals such as Journal of Economic Theory, Review of Economics and Statistics and The Journal of Mathematical Economics. He is currently a professor at the University of California. In 2011, McFadden became a Presidential Professor of health economics at the University of Southern California, a post that he holds to date. His services he also gives to the USC Dana and David Dornsife College of Letters, Arts and Sciences and the USC Price School of Public Policy. Currently, he has been working on the economic position of old Americans with the National Institute on Aging of the National Institute of Health.

In 1975, McFadden was awarded the John Bates Clark Medal. In 1986, he received the Frisch Medal from the Econometric Society. In 2000, the Northwestern University awarded him with the Erwin Plein Nemmers Prize in Economics.

In 1962, he married Beverlee Tito Simboli with whom he has three children Raymond, Nina, and Robert. McFadden has three grandchildren Emily, Anne, and William. He loves farming as he was brought up in a family that farmed a lot. He has a farm in the Napa Valley where he rears livestock and also grows and sells olives, grapes, and figs. He and his wife also sell wine and olive oil.