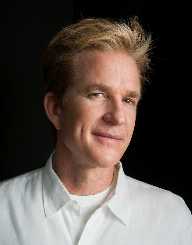 Matthew Avery Modine is an America actor, filmmaker, and an environmental activist. Born on March 22, 1959, he rose to fame with his role in Stanley Kubrick’s Full Metal Jacket. Modine has appeared in several films including Birdy, 1984, Vision Quest, 1985, Pacific Heights, The Gamble, 1988, Weeds, and And the Band Played On. The latter gained him nominations for a Golden Globe Award for Best Actor in a Miniseries. Short Cuts, 1993, won him and the ensemble a Special Golden Globe Award. Modine’s recent works include The Hippopotamus, 2017, An Actor Prepares, 2018, and Backtrace in 2018.

Matthew Avery Modine was born on March 22, 1959, Loma Linda, California. He was the youngest child of seven by Dolores and Mark Alexander Modine. His mother was a bookkeeper, and his father managed drive-in theatres. Stage actress Nola Modine Fairbanks is his nephew. Modine developed a passion for theatre and art growing up. He, therefore, ensured that the passion grew enough to become a profession. Modine received education from Mar Vista High School, graduating in 1977. Following his graduation, he decided to pursue an acting career, hence, moved to New York.

Modine made a film debut in “Baby It’s You,” 1983, as Steve. He followed it with a role in Private School. Modine gained international recognition for his role in the film adaption of David Rabe’s play Streamers, 1983. Following that, he had roles in Birdy, 1984, and Mrs. Soffel in 1984. The former won a Grand Prix at Cannes Film Festival. With his amazing performance director, Herold Becker cast him in Vision Quest, 1985, a film based on Terrey Davis novel.

Modine continued to put on an impressive performance, and that earned him numerous roles. He had previously turned down a role in Top Gun, as LT Pete "Maverick" Mitchell due to its pro-military nature. That role would ultimately make Tom Cruise famous. Subsequently, he played Private Poker in the Vietnam War movie, Full Metal Jacket in 1987. This became one of his acclaimed films.

Modine’s role as Private Joker in Full Metal Jacket, won him Best Actor at the Venice Film Festival. He earned nominations for his roles in And the Band Played On, 1993, and What the Deaf Man Heard, in 1997. In 2003, he appeared in the CBS miniseries Hitler: The Rise of Evil, as Fritz Gerlich and followed it with a role as Alec McCall in Funky Monkey, 2004.

Modine played Mac in The Trial (2010) and Majestic City developer "Sullivan Groff" in season 3 of Weeds. Flowing that, he appeared as John Thain former Chairman and CEO of Merrill Lynch in HBO’s Too Big to Fail, 2011. The film is about the financial crises of Wall Street. Subsequent roles works include Family Weekend, 2011, The Dark Night Rises, 2012, Last Days of Coney Island, 2014, and Altar, 2014. Others are the Netflix series Strange Things, 2016, which won him and the other casts Screen Actors Guild Best Ensemble Award in 2017. He also appeared in 47 Meters Down, 2017, An Actor Prepares, 2018, Backtrace, 2018, and the TV series Surveillance in 2019.

Modine has also played several theatrical roles. He played in Arthur Miller's Finishing the Picture at the Goodman Theatre, Chicago. Subsequently, he appeared in Resurrection Blues, at Old Vic, London and in Harper Lee’s To Kill a Mockingbird at the Hartford Stage, Connecticut. Modine appeared alongside Abigail Breslin in the golden jubilee Anniversary Broadway revival of The Miracle Worker at the Circle in the Square theatre in 2010. At the Geffen Theatre in Los Angeles, he appeared in the comedy, Matthew Modine Saves the Alpacas in 2013.

Modine is an environmental activist. Since 1980, when he moved to New York, Modine adopted bicycle as his mode of transportation. He is the head of the pro-bike organization, "Bicycle for a Day." The environmental arts and education center on the Solar One honored him on June 2, 2009, for his works.