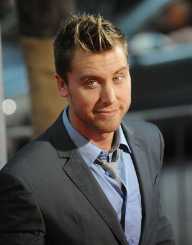 James Lance Bass is a famous American actor, pop singer, and dancer. Born on May 4, 1979, he also adds up as an author and television producer. Best known as a member of the pop band, NSYNC, Bass career grew astronomically gaining the attention of the film industry. He made his acting debut in 2000 as a flight engineer in the film Longshot. He has since starred in several other film and television productions including On the Line, 2001, Zoolander, 2001, Cursed, 2004 and Robot Chicken, 2005 among several others.

Lance Bass was supposed to embark on a space mission on the Russian Soyuz Space capsule on what was to be The Big Mission in 2002. However, despite being certified by NASA and the Russian Space Program and going through all the required cosmonaut training in Star City Russia, he was denied a seat on the mission when his financial sponsor backed out. He released his autobiography Out of Sync in October 2007. He revealed in a cover story for People magazine in 2006 that he is a gay.

James Lance Bass was born on May 4, 1979, at Laurel Mississippi to James Irvin and Diane. His father was a medical technologist and his mother a middle school and career discovery teacher. He is the last child of his parents and grew up in a devoted Christian and conservative family. His future pursuit of a space mission was defined in his childhood days at age nine when he had generated the interest in space. He travelled with his father to witness his first space shuttle launch in Cape Canaveral Florida. Since then his interest in the field grew as he attended a space camp in Titusville, Florida and he aspired to study engineering in college to work for NASA one day.

His father was transferred to a hospital in Clinton, Mississippi when Lance Bass was 11. While there, he got involved in the Baptist church choir as a singer and was encouraged by his childhood friend Darren Dale to audition in a local performance group. He, therefore, joined the Mississippi Show Stoppers and the Attaché Show Choir in his school, Clinton High School. Bass also joined the seven-member vocal group, Seven Card Stud which performed for Senator Trent Lott during social and political programs.

James Bass' professional music career started when he joined NSYNC. It all started when Justin Timberlake called him while he was in high school and offered an opportunity to audition for the NSYNC. This was after the bass singer of the band, Jason Galasso had left. Bass was recommended by Timberlake’s vocal coach who once worked with Bass at the Mississippi show Stopper. Bass left school to Orlando, Florida to start with his rehearsals after a successful auditioning in front of NSYNC band members and Lou Pearlman.

Lance Bass initially faced some challenges after joining Bass because he had poor dancing skills in a group whose members were great dancers. Learning the skill even became more critical when BMG’s German division President, Jan Boltz offered to give NSYNC a recording contract only if they dropped Bass because his dancing skill didn’t match the others, a condition other members rejected. After further negotiations, Bolts gave up on his demands and NSYNC moved to Germany for its debut album with BMG.

The band was now set for a European tour and Bass' mother, Diana joined as a chaperone after quitting her job. The tour gained them a substantial number of fans and recognition resulting in with a record deal in America with RCA in 1997. Group’s debut single followed the deal I Want You Back. The single was received well and had a major radio play. Lance Bass in his autobiography describes this period as "overnight sensation."

NSYNC had a major legal banter with Pearlman for defrauding them of about 50% of earnings. Though the Pearlman and RCA countersued the group of $150million, the court threw it out, and NSYNC gained back all revenues. The group has since then released No String Attached and the album Celebrity among others.

Lance Bass has played roles in many film, television and theatre productions after making a debut in Longshot, 2000. He later had a guest-starred role in the drama series 7th Heaven where he played Rick Palmer. In 2001, he had his debut starring role, playing Kelvin in On The Line. The film is about love at first sight between a man, Kelvin, and a woman on a Chicago train. The film produced with $10million grossed $4.2million domestically despite the massive marketing campaigns. The film, as well as Bass acting performance in, was rated poorly by critics.

According to Lance Bass, the misfortune of the film may be due to the release date which was met with the World Trade Center attack on September 11, 2001, just a week after its release. His other film appearances include Zoolander, Cursed, I Now Pronounce You Chuck and Larry and in the Broadway musical Hairspray.

Lance Bass has also voiced for animated television programs like Robot Chicken, Handy Manny, Disney’s Kim Possible and Higglytown Heroes. He guest starred in the series Review in 2014 and was a full-time panelist on the season two of The Meredith Vieira Show in 2015. He was paired with swing dance champ Lacey Schwimmer in the Season 7 of Dancing with the Stars where he finished third.

Lance Bass went into production by forming the company A Happy Place alongside film producers like Rich Hull, Wendy Thorlakson, and Joe Anderson. It was centred on producing family-friendly films. The company’s first production was On The Line, which propelled the company to receive the Movieguide award for "Excellence in Family-Oriented Programming." The company later changed its name to Bacon & Eggs which was followed by the feature film Lovewrecked in 2005. He also formed the Lance Bass Productions later on.

Lance Bass has been in several relationships with men and women alike. From 1999 to 2000 dated actress Danielle Fishel and after the relationship ended, went ahead to date gay partners Jesse in Miami, Florida and Joe an Idaho native. In 2006, he dated Reichen Lehmkuhl, an Amazing Rice winner and later a Brazilian model and LXTV host Pedro Andrade. His long relationship continued as he dated a New York-based hairdresser Ben Thigpen from August 2007 to March 2008. Bass eventually engaged Michal Turchin in September 2013 and married on December 20, 2014.

Lance Bass has been engaged in several philanthropic projects to help humanity ranging from health, education and social needs. He started the non-profit organisation, The Lance Bass Foundation in 2001. The foundation aims at providing health support for low-income children. He donated the US $30,000 to fund the Amber Pulliam Special Education Endowment at The University of Southern Mississippi. It is to give financial support to students from Mississippi’s Pine Belt with interest in pursuing a career in special education. It was set in honour of his younger cousin, Amber Pulliam who has Down syndrome. Bass launched the uBid for Hurricane Relief after the 2005 Hurricane Katrina to support victims.