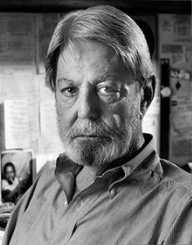 His father worked in Armour and Company. He later died when Foote was five years. After the death of her husband, Foote's mother went to live with her sister.

At 15, he moved to Greenville to stay with one of his uncles William Alexander Percy who was a poet and a novelist. Footer's close relationship with Alexander Percy helped shape his career

As a student at Greenville High school, Shelby Foote was appointed the editor of The Pica, a student's magazine. He was briefly denied admission into the University of North Carolina, because of a negative recommendation from his previous school's principal.

His relationship with Greenville High School principal was not a good one because of his frequent lampoons against him. His interest in the University was in the library. He had a little contribution in Carolina Magazine, a literary journal that won several awards.

Shelby Foote returned to Mississippi in 1937, where he worked for The Delta Democrat Times a local newspaper in his hometown. It is during that time that he started working on his first novel.

After his dismissal from the army, Shelby Foote went back to the U.S. where he worked for the Associated Press before returning to his hometown to take on a job with a radio station.

Despite being on the radio, Foote spent most of his time writing. A handsome pay of $750 from a piece of writing motivated him to leave his job on the radio and concentrate fully on writing.

Shelby Foote's first novel was Tournament; the novel was published in 1949. This was followed by a series of books including Love in a Dry Season, Shiloh, Jordan County.

September September was one of his novels that were published in 1957. His work was admired by some of the best writers including Eudora Welty and William Faulkner. He wrote his most famous work Civil War in 1954.

Shelby Foote's first wife was Teresa Lavery, who was his long-term girlfriend. The two however divorced before Foote went back to the U.S. After his divorce with Teresa, he married twice before his death. Foote had two children.

In 1986, Shelby Foote featured in a filmed documentary of Ken Burns on Civil War. The documentary was later aired in 1990 and Foote starred in most of the segments.

He was awarded an honorary degree from the University of North Carolina in 1992. Two years later he was made a member of the American Academy of Arts and Letters. Foote was awarded Peggy V. Helmerich Distinguished Author Award in 2003.

At the age of 88, Shelby Foote was diagnosed with Pulmonary Embolism, a condition that later led to a heart attack. Shelby Foote passed on in Baptist Hospital on 27th June 2005. His body was laid to rest in Elmwood Cemetery.