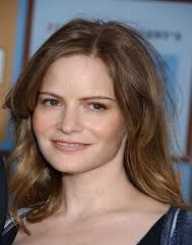 Mare Winningham came to the limelight in 1985 after featuring in St. Elmo's fire film and later The War in 1994. She was nominated eight times to the Emmy Award and once nominated in Academy Awards in the category for Best Supporting Actor.

Mary Megan "Mare" Winningham was born on 16th May 1959 in Phoenix, Arizona to Neal Winningham and Marilyn Jean. She has four siblings, one sister, and three brothers.

Her mother was an English teacher and a counselor at the university while her father headed the Department of Physical Education at the University of California.

At a young age, Mare Winningham admired actors, a factor that motivated her to take the same path. She enjoyed watching actors during interviews.

Mare Winningham enrolled in Andasol Ave. Elementary School. At the school, she participated in drama and musical activities. Her parents later moved her to Patrick Henry Junior High School.

After graduation from the primary level, she went to Chatsworth High School. It was in high school when Winningham featured in The Sound of Music during her 12 grade.

She later took part in a television talent search contest The Gong Show where she emerged the winner of the competition.

Some other projects she was involved in include The Young Pioneers, a short-lived drama. In 1980, she featured in movie Amber Waves. Her versatility proved to be her strength in acting.

Mare Winningham's debut in movies came in 1980 when she featured in the movie One Trick Pony. Although the film did not do well in the market, it did not take long before Winningham landed on a deal that would raise her profile in her acting career.

In 1986, she was nominated for the Emma Awards for her work in movie Love Is Never Silent.  This was followed by a series of appearance in Shy People and later Turner & Hooch in 1989.

More films followed up through to the 90s. Some of her latest projects include Swing Vote where she starred with Kevin Costner.

Apart from acting, Mare Winningham was also talented in music. In some of her movies, she showcased her singing talent. In the movie One Trick Pony, She Sang Bobby McGee and Me.

In the film Teresa's Tattoo, she appeared as a nightclub singer. She also sang three songs in movie Georgia.

She has four albums to her name: What Might Be Lonesomers, The Label and Refuge Rock Sublime?

Mare Winningham has been married three times. Her first husband was A. Martinez; the two were married in 1981 and divorced the same year.  Later that year she was engaged to William Mapel, and they parted ways in 1996.