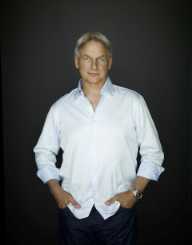 American actor Mark Harmon was born on the 2 September 1951 in Burbank, California. His mother, Elyse Knox, was an artist and his father, Tom Harmon, a football player, and broadcaster. The couple had three children.

Mark Harmon graduated from Harvard High School then did a two-year associate course at Pierce College, LA before enrolling at the University of California, where he obtained a degree in communications (1974). He played on the football team winning the National Collegiate Football Foundation Award for All-Around Excellence.

Mark Harmon did various jobs including working as a carpenter before breaking into acting. He was given a leading role in Flamingo Road (1981-1982) a soap opera where he portrayed a politician. This role led to a part in the successful television medical drama St. Elsewhere where he played the role of Dr Caldwell (1983-1896).

Mark Harmon played the role of serial killer Ted Bundy in the television movie, The Deliberate Stranger (1986) and then acted in the film Summer School (1987). Harmon then starred opposite Sean Connery in The Presidio and in Stealing Home with Jodie Foster. His next television series was Reasonable Doubt (1991-1993), Charlie Grace (1995) and Chicago Hope (1996-2000) He had a guest spot in The West Wing (2002) which helped him win the role of Leroy Jethro Gibbs in the long-running television series NCIS (2003-2017).

Mark Harmon married Pam Dawber in 1987, and the couple had two children together.