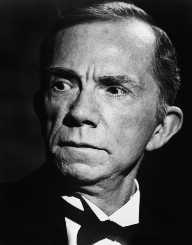 The late Ray Walston had a glittering career in show business but mostly as an actor. From the late 30’s to the very end of his life at the turn of the century, he had tasted success in film, theater, and television.

Ray Walston did so in a manner that put him in the company of only a few contemporaries. Ray Walston is most fondly remembered for his portrayal of Uncle Martin O’Hara – a character on the Classic CBS TV series: My Favorite Martian. That role led him to roles in movies like Silver Streak, Kiss Me Stupid, and Damn Yankees.

Harry Walston and Mittie Walston brought Raymond into the world on the second day of November 1914. He became the last child they would raise in Laurel, Mississippi, after Carrie and Earl. There, his parents had a simple life, with Harry making $10 a week on the average when he worked as a lumberjack. Ray’s love for acting was ignited by regular visits to cinemas to see silent films.

The family would relocate to New Orleans, Louisiana owing to the great depression when he turned eleven. His passion survived the struggles of those times.

Ray Walston eventually decided to take a stab at performing around the time he turned twenty-one. The roles he was offered were mostly small. One time he was regularly featured as a spear-carrier to close out several productions.

Then he began to get more involved when he landed bigger roles in traveling shows. Walston showed great industry when in character and outside of show business, he was similarly hard working making extra change selling tickets. His work with stock companies would serve him well in the next phase of his career on stage.

Ray Walston began his professional career working with the Houston-based Community Players run by legendary Texas stage director and producer Margo Jones. For four years he featured in plays she produced and directed on a monthly basis.

He would accompany her to Cleveland, Ohio, to take advantage of an opportunity to work with Cleveland Play House. And so, in 1943, he debuted professionally in the Tennessee Williams play entitled ‘You Touch Me’. Walston continued with the team for three more years.

Broadway came next. After doing twenty-two shows with the company, the 30-year-old instantly landed a role in Hamlet upon arrival in New York City. Three years later, he got an even bigger role. Under the stewardship of his former partner, Tennessee Williams, he played Mr. Kramer in the play: Summer and Smoke. Walston was presented with the Clarence Dewart Award for that appearance.

Spurred on by the positive reception, he went on to achieve more success with Rogers Hammerstein plays. Another highlight was his Tony Award-winning performance (Best Actor in a Musical) in the Musical entitled Damn Yankees.

It was on to the big screen for Ray Walston. His Hollywood debut was in the 1957 movie, Kiss Them For Me, alongside co-stars Jayne Mansfield and Cary Grant. That put him on the path to getting hired for many more memorable roles on the big screen.

The following year, he reprised his role in the movie adaptation of Damn Yankees and played Luther Bills in South Pacific. In 1960, he was part of the cast forBilly Wilder’s romantic comedy-drama – The Apartment – that rode critical acclaim to win 5 Oscars at the 33rd Academy Awards.

It was at this juncture, on the back of considerable success, he decided to venture into the world of television. Although he was skeptical of how well the show would do, he agreed to play the lead role on CBS’ brand new 1963 series: My Favorite Martian.

His portrayal of Uncle Martin O’Hara earned him by far, the most critical acclaim he had garnered up to that point. It remained his biggest success till his passing. Martian had the unintended consequence of limiting the type of roles that Walston would be offered in the future.

His concurrent appearances on the movie screen and on Broadway ended up critical and commercial failures. Despite the show’s steady viewership, Walston decided it was time to try out new stuff when Martian’s third season was ordered. It took him a while to shake off the inadvertent caricature that followed him outside of the show.

But with enough hard work and persistence, he regained his form in a number of movies several years later. Among these was The Sting in ‘73 and Silver Streak three years later. The Cameron Crowe/Amy Heckerling produced Fast Times at Ridgemont High was a highlight. He got to play Mr. Hand in on TV in‘82, and later in the 1986 movie.

More was to come in his twilight years. First, David E. Kelley’s Picket Fences offered him the role of Judge Henry Bone. The role earned him three nominations (2 wins) for Best Supporting Actor in a TV drama. Along the line, in 1987, he starred in Star Trek:

The Next Generation. His performance led him to play the same character in Star Trek: Voyager. Before his death, he had the honor of starring in the big screen adaptation of My Favorite Martian, this time as the character Armitan.

Raymond Walston passed away on January 1, 2001. He was 86 years old when he died. His sad event was the culmination of a battle he had been fighting with Lupus Erythematous for six years. He left behind his legacy in film, theatre, and television.

Ray Walston also left behind his daughter. Walston made posthumous appearances both on television and on the movie screen.

The first appearance was taped for a 7th Heaven episode, which was broadcasted barely a month after he died. The final movie Ray Walston filmed was Early Bird Special – and independent film. It was similarly released in 2001.

Ray Walston will always be remembered for his extensive discography, his work ethic, his wit, and his humor, which captivated audiences in the twentieth century.