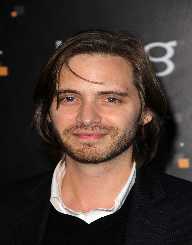 Aaron Stanford was born in 1976 in Westford, in Massachusetts. His parents are Judith and Don Stanford. Judith Stanford is a professor of English, but his father has a career in publishing. His parents are ancestors if French-Canadian, Irish, English and German descent. Aaron has a brother David, who is pursuing a career in music as a music composer.

Aaron Stanford went to school at the Westford Academy. He met his first acting teacher during his studies there. The acting teacher motivated Aaron to pursue a career in acting, which he did and already during his high school started looking for opportunities to study acting more profoundly.

After graduating from high school, Aaron attended the State University of New York. He did not study there for a long time and transferred to Rutgers University Mason Gross School of Arts. This he graduated in 2000 with high honors, as he was one of the top 10% of students in his class.

After graduating from the University, Aaron Stanford got a role in a low budget film straight away. The movie “Tadpole” was a romantic comedy, which was released in 2002. Stanford played a fifteen-year-old teenager Oscar in the film. This teenager develops a crush on his stepmother, and the movie focuses on the development of this impossible relationship and Oscar’s obsession with his stepmother.

This was Stanford’s first significant role, and even though the movie was not a financial success – it earned only a little over three million United States dollars worldwide, for this role Stanford was nominated for a Golden Satellite Award.

During the period of 2001-2002, Stanford participated in “Third Watch.” Third Watch was a television series about a Russian teenager boy Sergei, who was played by Stanford.

These two roles got Aaron Stanford into the “Top Ten Actors to Watch” list by Daily Variety in 2002. The same year Stanford was also included in the “It List” by the Entertainment Weekly.

In 2004 Stanford acted in a theatre play “Where Do We Live” in Vineyard Theatre. The same year he appeared in the movie “Winter Solstice” as the son of Anthony LaPaglia.

The role of Oscar in the movie Tadpole impressed a film director Bryan Singer a lot. Therefore Singer chose Aaron Stanford to play in the X-Men movie sequel, a blockbuster “X2”. X2 was released in 2003.

In 2006 Stanford played a role in the “The Hills Have Eyes,” and received an award as “One To Watch” in 2006 at the Young Hollywood awards. Later the same year he got a role in a comedy movie “Live Free or Die.”

One of the more unusual roles for Aaron Stanford as an actor was being a voice actor for the game “Call of Duty: World at War.” This he recorded in 2008.

Another appearance on screen in 2009 was in the movie “How I Got Lost.” In this movie, Stanford played a role of a banker whose life was deeply influenced by the 9/11 terrorist attack in the city of New York. This role earned Aaron Stanford the “New York Emerging Talent” award.

In 2012, Aaron's character from the already mentioned movie “The Hills Have Eyes” appeared in another Call of Duty game. This time it appeared in “Call of Duty: Black Ops II, Zombies Mode.” Due to this in 2013 he appeared in the Comic-Con.

Aaron Stanford is not married and currently has no girlfriend according to his social media and publicly available profile descriptions. He is now living in Los Angeles, in the United States.

In his leisure time, he very much enjoys photography. Once in an interview, he has admitted that Aaron Stanford is enjoying card games. He has also written and published a play called “Aries.”