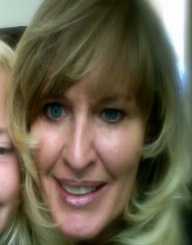 Barbara Kay Olson (born Barbara Kay Bracher) was not only famous as an outstanding American Lawyer but also a writer and a highly gifted journalist. Having worked for Fox News Channel, CNN, and many other outlets as a commentator, Barbara was, undisputedly, one of the most successful television commentators of her time.

Barbara Kay successful career and life were cut short by the dark incident of September 2011, when five terrorists hijacked the American Airlines Flight 77 and crashed it deliberately.

Barbara Kay was born on 27th December 1955 in Houston, Texas, the United States. At birth, she was named Barbara Kay Bracher. She had an elder sister called Toni Bracher-Lawrence who worked as a member of the Houston city council (between 2004 and 2010).

After her primary education, Barbara Kay was enrolled in Waltrip High School from where she graduated before proceeding to the University of Saint Thomas. Barbara Kay successfully completed her university studies after which she earned a Bachelor of Arts degree. She did not stop there; Barbara later joined Yeshiva University Benjamin N. Cardozo School of Law from where she received her Juris Doctor degree.

Having completed her studies, Barbara Kay first worked for HBO and Stacy Keach Productions where she achieved an excellent performance. In the early 1900s, she joined Wilmer Cutler &Pickering, a Washington-based law firm where she worked as an associate. She did civil litigation in this organization for several years before eventually becoming an assistant U.S Attorney. In 1991, she strongly supported Clarence Thomas (the Supreme Court nominee) which led to the formation of Independent Women Forum. Together with her friend Rosalie Gaull Silberman, Barbara founded an informal network of women who were in support of the nomination of Thomas to the Supreme Court. (During this time, Thomas, her favorite candidate, was facing a sexual harassment allegation by his former subordinate at the Equal Employment OpportunityCommission, named Anita Hill).

A book titled, The Real Anita Hill, had also been written about the sexual harassment involving Thomas, by David Brock. Barbara, however, later edited the book in which she claimed that the harassment claim against Thomas was simply a political “dirty trick.” This group worked towards a common goal, i.e., advocating for economic and political freedom and personal responsibility. In 1994, Barbara Kay worked for the U.S House of Representatives Committee on Oversight and Government Reform as the chief investigative counsel.

Barbara Kay later worked as a partner in Balch & Bingham, a law firm situated in the Birmingham, Alabama. Apart from her success as a lawyer and journalist, Barbara was also a famous writer. Some of her publications include Hell to Pay the Unfolding Story of Hillary Rodham Clinton (1999), The Final days: Last, Desperate Abuses of Power by Clinton White House (2001), among others. Barbara Kay frequently criticized the Bill Clinton administration and even wrote a book about Hillary Rodham Clinton, the then U.S first lady.

In her memory and honor, Barbara’s name, together with those of other passengers she traveled within Flight 77, is located on Panel S-70 of the September 11 Memorial’s South Pool. The Politically incorrect host, Bill Maher brought the program to a halt for one week for her memory.

In 1996, Barbara Kay married Theodore Olson, the then United States Solicitor General (in the Bush Administration). Theodore had already married twice, and she became his third wife. Her husband is famous for successfully defending the then-Presidential candidate George W. Bush in the Bush Vs. Gore Supreme Court Case. Barbara and her husband lived in Great Falls, Virginia.

On 10th September 2011, Barbara Kay was set to travel to California to a taping of Politically Incorrect, Bill Maher’s television show, but postponed her trip to the following day which would be her husband’s birthday. Due to her love for her husband, she wanted to wake up with him on this special day.  On 11th September, Barbara Kay took a flight to Los Angeles to a taping of Politically incorrect, as one of the passengers in American Airlines Flight 77.

Barbara Kay was killed following the terrorist attack in which the American Airlines Flight 77 was deliberately made to crash into the Pentagon, 9/11 in Arlington County, Virginia, the U.S. She was 45 years old.