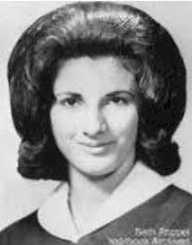 Karen Silkwood came to the limelight after a car accident that many believe might have been murder. She met her death while gathering evidence against the chemical companies. She worked as a technician and a labor union activist.

The activist, Karen Gay Silkwood was born on 19th February 1946 in Longview Texas. She was one the three children of William Silkwood and Nederland.

Silkwood graduated from the University of Lamar. After her graduation, she found a job at a nuclear facility where she began advocating for workers’ rights in the company.

In 1972, Karen Silkwood became a member of Oil, Chemical & Atomic Workers Union. She later took part in the workers’ strike that had been called by the union. Her activity in the strike saw her elected to the Union’s bargaining committee. She became the first female to hold the position since the union’s inception.

The union gave her the task of investigating the numerous workers’ violation in the company. Her findings indicated that there were various health violation workers were undergoing. One of the violations includes lack of sufficient shower facilities and increased risk of workers contamination.

In a routine self-check performed on 5th November 1974, Silkwood discovered that her body contained 400 times the required limit of plutonium.

A health physician visited Karen Silkwood to examine the extent of the contamination which could have possibly passed through urine. The different levels of contamination between her bathroom and the company’s bathroom raised question over Silkwood motives.

The company’s management accused her of contaminating herself to portray the company in a bad light.

Karen Silkwood intended to the go public after she had assembled enough evidence incriminating the company’s poor safety measures to their employees. She went on to contact a New York Times magazine journalist who had an interest in the story. The story was however cut short by Silkwood’s sudden demise.

After a meeting with the union members on 13th November 1974, she left the meeting to Oklahoma City with her white Honda. She was to deliver the documentation of her findings to the journalist. Her body was later found that evening inside a badly crushed car. Her car ran off the road as a result hitting a culvert.

A police report indicated that Silkwood might have slept while on the wheel. The outcome was however watered down by the missing documents inside her car. Many theories trying to explain the real cause of her accident have been put across. A report by a journalist indicates that her vehicle lost control after being knocked from behind hence losing control.

Karen Silkwood's family filed a lawsuit against Kerr-McGee on behalf of the state. The company was accused of negligence. The autopsy proved that Silkwood’s body had plutonium.

Karen Silkwood married William Meadows, a pipeline worker in 1965. The two had three children together.

The two, however, parted ways following bankruptcy caused by overspending. Silkwood often accused her husband of having extramarital affairs.