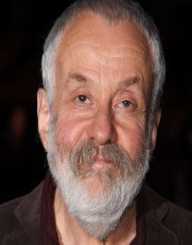 Mike Leigh is a prolific British film playwright, screenwriter, and director. His scripting style of improvisation has made his work distinct from others.

Mike Leigh was born on February 20, 1943, to Jewish immigrants from Eastern Europe. His parents were Alfred Abraham and Phyllis Pauline Leigh. Leigh’s father was a medical doctor, while his mother was a midwife. Mike Leigh was brought up in Salford, in a middle class working family. He attended Buile Hill High School in Salford. After high school, he secured a scholarship to study at the Royal Academy of Dramatic Arts in London.

He abandoned his scholarship, switching through different schools. From the Royal Academy, he went to East 15 Acting School. Then he left for Camberwell School of Art. Mike then joined there, Central School of Art and Design. At last, he graduated at the age of 22 from the London Film School.

Mike Leigh's career started as an actor while still a college student. He featured in small roles in several productions in London. When he graduated, Leigh went to Birmingham. His stay was short-lived. He chose to return to London in 1966. Leigh then worked with the Royal Shakespeare Company for two years. During that time, he directed some memorable productions like Macbeth and Coriolanus. Leigh toured several English cities working with different theater groups.

In 1970, he decided to try his hand in film creation. He wrote his first screenplay Bleak Moments in 1970. During the 1970s, Leigh concentrated mostly on television productions. Two of his plays we well received. These were the play Nuts in May, produced in 1976, and Abigail’s Party done in 1977. He continued with his tours across the world working on different productions. His itinerary consisted of Australia, Indonesia, Singapore, and the Far East. Leigh had a peculiar way of directing his plays. Most of the plays had no direct scripts. He encouraged the improvisation of characters in many of his plays.

Mike Leigh took a brief leave due to father’s demise. He came back to the limelight in 1988. The film production created ripples in the film industry. It was a return he expected. In 1990, he produced the film Life Is Sweet. This was a story of the everyday life happenings in a London family. Then he directed the award-winning film Naked in 1993. At the ensuing Cannes Film Festival, Leigh won the prize in the Best Director category.

To date, Leigh has made over 28 films and 21 plays. The most highly received by his audience are Life Sweet, Secrets and Lies, Vera Drake, Mr. Turner, Happy Go Lucky, High Hopes, Topsy-Turvy, and Another Year.

From the 1990s, Mike Leigh has had numerous films and stage productions. Like all great directors, he has juggled between film and theater plays. In the recent years, he has been active in the promotion of acting and drama in schools all over England. He also founded a film production house called Thin Man Films in 1989.

Mike Leigh got married to Alison Steadman in 1976. Two years later in 1978, he got his first son Toby. His second born son Leo was born in 1981. The two parted in divorce in 2001. Currently, he resides in London with his partner British actress Marion Bailey.

Though he was brought up in a Jewish family, Leigh does not conform to any religion. He believes in religion, but he is not a practicing Jew.

Throughout his career, Mike Leigh has had some great recognition. In 1993, he was honored by the Queen of England. Mike was awarded the Order of the British Empire Medal. He was made an associate member of the Royal Academy of Dramatic Arts in London. He is the Chairman of the London Film School. Lastly, he is a member of the British Film Institute.

Mike Leigh is one the many children who fall off from their parent's expectations. Coming from a family of health practitioners, everyone expected him to follow suit. Leigh decided to pursue his passion for acting and film production. His genius was bought out with the works he produced.

At 75, Leigh is still active in promoting of arts and the production of films.