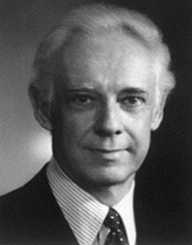 Johann Deisenhofer is a German biochemist born on September 30th, 1943. He shared the 1988 Nobel Prize in chemistry with Robert Huber and Hartmut Michel. This was for their great contribution towards identifying co-factors that are important for photosynthesis. He developed a great interest in the physical world from a young age. His parents were not thrilled with this interest he had developed. They were farmers hence thought their son should follow their footsteps. Johann instead chose to go against their wishes and focused in his academics with the dream of becoming a great scientist. Indeed his hard work and determination paid off for he grew up to be among the top biochemists in the world.

The great German biochemist Johann Deisenhofer was born on September 30th, 1943. His place of birth was in Zusamaltheim, Bavaria situated in Germany. He is the son of Johann Deisenhofer and Thekla who earned a living as farmers.  His father was initially in the military before devoting his time to farming. Johann has a sister called Antonie who is younger than him.

Johann Deisenhofer began his schooling in 1940. After his elementary studies in 1956, he went to many schools for his high school studies. By 1963, he had completed his studies from the Augsburg's Holbein Gymnasium. He then received a scholarship and was admitted to the Technical University of Munich where he studied physics. This was after serving for a year in the mandatory military service. In 1971, he attained a diploma in the subject.  In the same year, his first work in physics was published.

He later took his doctorate studies by conducted his research at the Max Planck Institute of Biochemistry. The institute is situated in Martinsried of West Germany. During this time, he studied under Robert Huber. He attained his Ph.D. and Huber honored him with a postdoctoral fellow. Together they worked in enhancing the X-ray crystallography’s applications.

Johann Deisenhofer became the staff scientist at Max Planck Institute in 1976. He then conducted his research on myeloma protein Kol of a human being. Walter Palm and Peter Colman assisted him. During this time Huber also assisted in the research. By 1980, they had the results of their research.  He furthered his researches in Huber’s laboratory including citrate synthase among others. Meanwhile, he worked on crystallographic software’s maintenance and development.

Johann Deisenhofer later researched photosynthesis with the aim of finding out its important co-factors. He was joined by Hartmut Michel, a biophysicist from Germany in 1979. In less than three years, he had his findings.

1988 marked a career turning point for Johann Deisenhofer. His findings in the research on photosynthesis marked the beginning of his fame. This work earned him along with two other scientists the 1988 Nobel Prize. This is when he rose to the greatest point of his career and became quite famous.  Later in 1988, Johann Deisenhofer quite his job at the Max Planck Institute. He then traveled to U.S where he became a Regents Professor at the University of Texas Southwestern Medical Center –UTSMC. The University is situated in Dallas.

In 1993, he authored the book The Photosynthetic Reaction Center along with the scientist James Norris. He is currently an active member of the Engineers for America as well as the board of advisors of Scientists. He still works at UTSMC as the Department of Biophysics’ professor.

In 1986, he was awarded the Biological Physics Prize along with Hartmut Michel. Later in 1988, he was presented with the Otto-Bayer Prize of Germany. In the same year, he won the prestigious Nobel Prize for chemistry along with Robert Huber and Hartmut Michel.

In 1989, Johann Deisenhofer tied the knot with Kirsten Lindahl. The couple met at the Howard Hughes Medical Institute.