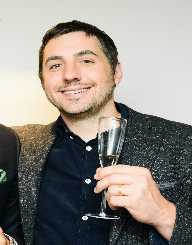 As a young adult, Kevin Rose attended the University of Las Vegas. However, he dropped out of this school before he could earn any type of degree.

While in college, Kevin Rose had been working for the Department of Nevada Test Site. After dropping out of school, he continued to work here to pursue a full-time career in computer programming. He worked here for some time before developing his programs.

In 2004, Kevin Rose launched his first original website called Digg. The website cost slightly over $1,000 to launch, which Rose funded by himself. The website picked up online traffic much faster than Rose originally expected it too. He assumed he would be able to make a comfortable living off the site, but he had no idea that he would become rich because of it. Before the site had been online for a year, Kevin Rose had already needed to hire a small staff to keep up with the demand for the site.

Part of the reason why Digg became so popular was because it had various news articles on just about every topic a person could think of. There were a mix of serious business and news articles, as well as celebrity gossips news. All in all, there was something for everyone to enjoy on his site. Before the end of the decade, the site, and Kevin Rose was worth well over $200 million.

In March 2012, Kevin Rose began working for Google as a Senior Project Manager. He only stayed here for a few years before leaving in 2015.

Since 2015, Kevin Rose has been making most of his money by becoming a venture capitalist to make money by investing in various companies. Some of the most famous websites that he has invented in include Twitter, Foursquare, and Facebook.

Over the course of his career, Kevin Rose has appeared on many television shows, mostly on talk shows. While he is on these shows, he is usually advertising his products, acting in cameos, or hosting. Some of the shows he has been in are listed below.