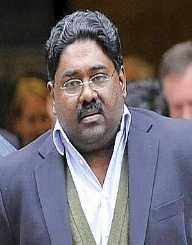 Raj Rajaratnam is a famous figure in the business industry known for being the owner of household shopping giant Galleon. Before he bought and renamed Galleon, he worked for a number of business towards acquiring his success. He is also considered as the richest Sri Lankan in existence.

He was included in Forbes magazine’s list of richest men where he was ranked at 236. He also donated to local charities both in the US and in his homeland of Sri Lanka. For former US President Barack Obama’s presidential campaign, he donated a total of $30,800.

Rajaratnam was born in the Dominion of Ceylon in Colombo, Sri Lanka on June 15, 1957. A short while later, his family relocated to England. In the UK, he studied at Dulwich College located in London and later on went to the University of Sussex to pursue engineering. Afterward, he decided to take a masters degree at Wharton School of the University of Pennsylvania where he finished in 1983.

Rajaratnam started off as a lending officer who specialized in business loans to technological companies at Chase Manhattan Bank. Two years later in 1985, he started working at Needham & Co. as an analyst where his focus at the company is on the consumer electronics industry. A few years down the road, he rose in ranks until eventually becoming Needham’s president at the age of 34 in 1991.

A year later, he also established Needham Emerging Growth Partnership at the company’s suggestion which he, later on, bought and renamed as Galleon.

As technology rode the waves of popularity and boom during the 90s, Galleon’s business markings were booming that by 1999 and its main fundraising is at 93 percent.

With all his success, he ran into trouble a number of times as well. It started off in 2001, Roomy Khan, an ex-employee at Galleon, admitted to releasing confidential information from Intel to Galleon.

3 years later in 2004, his presence came under surveillance by the federal government when he, along with another Galleon executive, created a fake sham tax shelter hidden with $52 million worth of income in 1999. Most of Galleon’s executives were unaware of their actions until Rajaratnam had paid of penalties, tax, and interest amounting to $20 million dollars.

On October 16, 2009, he was arrested by local authorities along with other executives at IBM, McKinsey & Co., and Intel upon the charge of insider trading. He pleaded not guilty of the charge and was released shortly under a $100 million dollar worth of bond.

After his arrest and legal troubles, investors started pulling out their money from the hedge fund which signaled the end for Galleon.