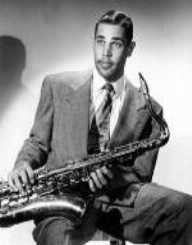 Dexter Gordon was born on 27th February 1923; Dexter Gordon is considered one of the greatest saxophonists in history. He shared a stage with Louis Armstrong, Billy Eckstein, and Dizzy Gillespie. He made most of his career in Europe and the U.S.

At the age of 13, he played the clarinet before later taking on the saxophone. During his school days, Gordon was involved in school bands.

Los Angeles was known to be the home of jazz music; this suited Gordon perfectly. He learned and interacted with some of the greatest jazz musicians among them Charles Mingus and Buddy Collette.

It was in the 60s when Gordon left the U.S for Europe. Being born black, he experienced a better treatment in Europe compared to the United States due to his African Origin. In Europe, he stayed in two cities, Copenhagen and Paris.

During his stay in Copenhagen, he became a friend to Las Ulrich the Metallica drummer. He made a grand entry to the U.S in 1976, performing in his homecoming show in New York.

In 1943, Gordon made his first recording under his name. His most famous recording came in 1960. He came up with albums such as Go and A Swinging Affair.

Gordon's talent was not only in music but also in acting. He featured in the film Round Midnight. Another television series that Gordon appeared in is Awakenings, A movie that was released after Gordon's death.

Dexter Gordon was diagnosed with the cancer of the larynx. He later suffered from kidney failure, Gordon died on 25th April 1990 at the age of 67.