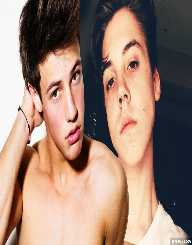 Internet personality Cameron Jack Cook was born on March 18, 2001, in Birmingham, England. His parents split up when Cameron was still young. He has two sisters and a stepsister.

Cameron began his career in 2012 when he signed up for several social networking sites. He registered to the music site musical.ly as itscameroncook. After posting several videos on the site, Cameron became an instant star, gaining more than 900,000 followers.

After becoming popular on musical.ly, Cameron also opened accounts on Twitter and Instagram. Over a span of couple weeks, his followers count on Instagram reached 60,000. His deep and calm voice has attracted a lot of interest from music lovers.

Besides his work on social media, Cook still attends school. His sisters have been featured in some of his music videos. Cook has also collaborated with other singers, such as musical.ly star Laura Louise.