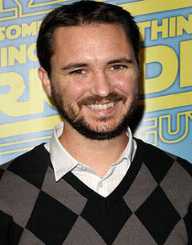 The Star Trek: The Next Generation fame, Wil Wheaton is a well-known actor among geeks regularly appearing in the hit show The Big Bang Theory. On the show, he often spars with the character Dr. Sheldon Cooper and is considered a celebrity figure among geeks.

Wil Wheaton was born on July 29, 1972. His birthplace is Burbank, California and his star sign is Leo. His parents are Richard William Jr., a medical professional and Debra O’Connor, an actress. Wheaton is their eldest child, and he has two siblings – a brother and a sister. Wheaton began acting like a child – his first role was at age 7.

When Wil Wheaton turned 14, he got a role in the film Stand By Me. This film made Wheaton a well-known young actor and one to watch out for in the years to come. Before that, he also lent his voice to the character named Martin in an animated film titled The Secret of NIMH.

Wil Wheaton's career took off after he appeared in the 1986 hit, Stand by Me – the film also featured River Phoenix, Jerry O’Connell and Corey Feldman. This followed with several roles in movies and TV series like St. Elsewhere, Tales from the Crypt and Family Ties. The character that made him the most famous, however, was of Wesley Crusher on Star Trek: The Next Generation. The show made him extremely popular among the geek community – both positively and later negatively. He appeared on the show for four seasons.

Wil Wheaton also lent his voice to video game characters in games like GTA: San Andreas. Wheaton regularly interacts with his fans on his website willwheaton.net which he codes himself. This and his popularity have made him a geek icon and earned him a recurring role on the hit show The Big Bang Theory. He also appears as Dr. Isaac Parrish on Eureka and has had a cameo role in Sharknado.

Other than acting, Wil Wheaton has been a contributor to the gaming column for the Onion and written articles for the LA Weekly and The Washington Post. He also has self-published books like Dancing Barefoot and The Happiest Days of Our Lives. In 2009, he wrote an autobiography titled Just a Geek. Currently, he is busy filming the next season of his hot & popular web series Table Top. He can also be heard hosting his podcast Radio Free Burrito.

Wil Wheaton was listed at #62 on the Top 100 Star Kids in 2005. He is also a certified geek icon. He was named one of the most influential online celebrities by Forbes in 2009. He has over 3.2 million followers on Twitter.

Wil Wheaton is married to Anne Prince. They tied the knot in November 1999. Anne has two sons from a previous marriage and is hugely supportive of Wheaton in his career. Wheaton is an LA Dodgers fan.

Wil Wheaton is also a member of several Non-profits working for people suffering from depression and anxiety as he considers himself to be a patient of the same in the past.