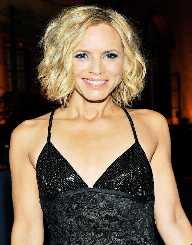 Maria Bello is mostly celebrated in her notable roles in the ‘The Cooler,' ‘A History of Violence,' and ‘E.R’ films. Before transitioning from television to film, Maria made smart and complex portrayals in her roles. As a new face in the acting industry, Bello made sure to win the audience heart. She landed a strong cast in the ‘E.R’ NBC series from 1994 to 2009.After one complete episode; the film beckoned her to the next departure. Bravery roles in ‘Playback’ (1999) and ‘Permanent Midnight’ films in 1998 turned her life around. Maria’s daring performance established her top-ranking position. An apparel combination of strength, talent, brains, and beauty made Bello undertake new endeavor as a bridge to success.

On April 18, 1967, Maria Elena was born in Norristown, Pennsylvania, in the United States to Kathy Bello and Joe Bello. Kathy worked as a school nurse and teacher while Joe Bello was a productive worker. Bello has four siblings, and all of them were brought up in a Roman Catholic denomination. Maria graduated from the Archbishop John Carrol High School. She later went to study political science at the Villanova University. Before graduating from the University, Maria participated in drama classes. That is where her acting career commenced. After studying political science, Bella went to live in New York and joined theater productions.

Still, in New York, Maria landed small parts in Off-Broadway production such as ‘The Killer Inside Me’ and ‘Urban Planning.' She later played Fox’s TV series called ‘Misery Loves Company’ in 1995.In 1996 Bello played a leading role in ‘Mr.& Mrs. Smith’. Even though the show didn’t complete as she had expected, she was grateful to have gained the public attention. Recurring roles followed her in the ‘E.R’ third season. After learning full attention from the audience and directors, Bello moved to Hollywood where she appeared in ‘Permanent Midnight’ movie in 1998.

She followed it up with a hooker in ‘Playback’ movie. From 2000 to 2004 Maria managed to take different roles in both series and short films. In 2000 she took the bar owner role movie called ‘Coyote Ugly.' She was later seen in ‘Auto Focus’-2002,’Secret Window’ in 2004 and ‘The Panda Adventure’ in 2001.For the next two years, Maria was featured in films like ‘Shattered’ and ‘The Mummy: Tomb of the Dragon Emperor’ in 2008. For her strong role, Maria appeared in television drama series remake called ‘Prime Suspect.' From 2012 to 2015, Bello starred in the ‘Touch’ show, ‘Grown Ups 2’ and ‘Prisoners.'

In 2001, Maria Bello dated Dan McDermott, a television executive, and a writer. The couple has a son; Jackson Blue. Unfortunately, they separated afterward. It was reported that Bello had a same-sex relationship with her longtime friend, Clare Mann.They then broke up, and she is currently dating Elijah Allan-Blitz.