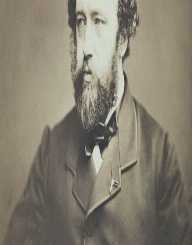 Adolphe Sax, the inventor of the saxophone, was born on 6 November 1814 in Dinant, Belgium. He was the son of an instrument builder, Charles-Joseph Sax (1791-1865), who supplied instruments to the Royal House of Orange in the Netherlands.

Adolphe Sax studied at the Royal School of Music in Brussels (1828) where he learned to play the clarinet.

In 1838 at the Industrial Exposition in Brussels he demonstrated his twenty-four value system on the bass clarinet. Adolphe Sax was by then starting to develop and patent new instruments including an organ and a piano-tuning tuner.

In 1841 he demonstrated the saxophone for the first time at the Brussels Industrial Exposition, and shortly afterward he moved to Paris, France. Adolphe Sax met Hector Berlioz, the composer and music critic who championed his work, praising Sax’s instruments. In a relatively short period, the devices gained popularity with composers and started to be incorporated in operatic orchestras.

Adolphe Sax patented the saxophone in 1846. He was not a particularly good businessman and faced bankruptcy on some occasions.

Adolphe Sax was awarded a gold medal at the Paris Industrial Exposition (1849).