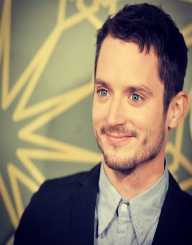 Elijah Wood is famously known as the film producer, DJ, an American actor. But his primary leading role is acting. ‘The Lord of the Rings’ and ‘The Return of the King’ films tells it all. He comes with an intellectual mind that has made him play various blockbuster movies.

On 28th January 1981, Elijah Wood was born in Cedar Rapids, Iowa, United States. He takes the second most place amongst the three children of his parents. Warren Wood, his father and Debra Wood her mother will never cease to praise their talented children. Elijah saw himself in acting field since his childhood days. Being a child artist, he took a role in countable films. At the age of 17, Wood received a modeling position in his motherland while still making his piano lessons. His current background is what strengthened his acting up to date.

At 36 years of age, Elijah Wood looks like he is in his 20s. He comes with a natural kind of look as well as beautiful blue eyes. The irony happens when he doesn’t have to wear contact lenses when taking a different active role. For instance, in the film ‘Lord of The Rings’ his light blue eyes matched with his character perfectly.

The Woods family opted to move to Los Angeles to support him wholeheartedly. His biography is enriched with amazing episodes in between. In 1989, at the age of 8, he was first seen in the ‘Back to the Future Part 2’ film. In 1990, he played in an Internal Affairs movie. Time passed Wood started to take crucial roles both in TV series and movies. In search of fame and green pastures, he has been credited to work in over ninety films and many TV productions.

Elijah Wood has been recently seen in The Trust film which was directed by Benjamin and Alex Brewer. Nicolas Cage, an Academic Award Winning holder, was also seen in the movie. In 2001 to 2002 he got his first outshining role as a Frodo Baggins role in The Lord of The Rings. In 2003, he also took part in ‘The Return of the King’ film role. This gave him a chance to win more Academy Awards.

Elijah Woods’ dream was to work in Hollywood exhaustively. Throughout his active job, there is no sign of backing down. For instance, he also took part in several musical films in 2006. Early 2011, his voice was heard in Happy Feet episode 1 and 2. He also voiced several animated series such as Rooster Teeth; Red vs. Blue, Uprising and many more.

In general, Elijah Wood is a great actor as well as a great person in real life. As far as I know, he is not yet married. But rumors say that he was once married, but the fact remains that he has had many relationships without success. In 1999, he dated Bijou Phillips; actress. The couple separated later on.

In 2005, he dated Pamela Racine actress, but they separated in 2010 due to commitment issues. He is not yes engaged till today, and his current status is: single. He is 36 years old, but he looks younger than that, all thanks to his well-structured body. Besides, Elijah Wood managed to launch his record label; The Simian Records back in 2005. He has recently completed playing the role of the amusing cops in The Trust movie (2016).