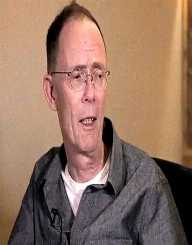 William Gibson is a renowned writer of science fiction. His parents died when he was still a young boy, a situation that left him depressed. William decided to travel around the United States and Europe. He later moved to Canada before he could settle down as a full- time writer with his wife in Vancouver. Being exposed to different environments and different cultures influenced his work remarkably. Reading from previous writers also had a strong bearing on his writing.

William Gibson drew great inspiration from this reading culture. His first and famous novel ‘Neuromancer’ earned him a lot of success commercially and respected as a writer. He is known to be the pioneer of cyberpunk a new school science fiction writing. Also, he introduced the name ‘cyberspace’ way before the internet took over.

Through his writing William Gibson has made contributions to the film industry, education sector and even technology and these and much more achievement have made him be the most prominent science fiction writer to date.

William Gibson was born 17th March 1948, in Conway, South Carolina. His father was a manager at a construction company, and because of that, they moved often. He lived most of his life in Virginia. He attended Pines Elementary School.

Unfortunately, when William was still young, his father died from being choked by food at one of his many business trips. Later, he went to George Wythe High School and where he spent most of his time in his room. William Gibson also attended Southern Arizona School for Boys in Tucson, Arizona. He grew up as a rebellious teen and refused to subscribe to any religion.

William Gibson started reading the works of Allen Ginsberg and Jack Kerouac who formed a considerable part of his inspiration. At 18 his mother passed away, and this caused a lot of depression. He dropped high school before he could graduate. He set out to explore different places, he traveled to California and Europe, and it is from moving that he got to learn about counterculture.

At the age of 29, William Gibson moved to Canada to avoid the war in Vietnam. Being in a new place, he could not get any job or a place to live. After a while, he got a job at a head shop in Toronto as a manager. Due to the unstable nature of the situation, he lived off his wife’s earnings. As part of the hustle, he started buying cheap artifacts from the Salvation Army and sold them at a higher price.

Eventually, William enrolled at the University of British Colombia for a bachelor’s degree in English and literature. William Gibson also enjoyed the financial aid he received as a student. While at the university, he took a short course in science fiction and from that he was able to write his first short story ‘Fragments of the Hologram Rose.'

After graduation in 1977, William Gibson embarked on writing and wrote his first collection of short stories feature in ‘Omni and Universe1 in 1981 his story ‘Burning Chrome’ was famous for his collection. He later came to release his renowned novel ‘Neuromancer’ in 1984. Just like many books, it was not well received. It was only until later that his book applauded and awarded.

William Gibson wrote another book entitled ‘Count Zero ‘in 1986 which was followed by ‘Mona Lisa Overdrive’ in 1988.These three books completed his sprawl trilogy. William’s work was also featured in the UCLA at the center for performing arts in Los Angeles. Within the same period, he wrote a piece titled ‘Dream Jumbo: Working the Absolutes’, a text that accompanied Robert Longo’s art.

Together with Sterling, they wrote a short story dubbed ‘The Angel of Goliad’ which later developed into a novel titled ‘The Difference Engine.' Under his second series of writing which he named ‘Bridge Trilogy,' he wrote ‘Virtual Light’ in 1993. Additionally, William Gibson wrote and performed with the Yellow Magic Orchestra in the same year in their album Technodon. In 1995, his book ‘John Mnemonics was adapted into a movie. William wrote ‘Idoru’ and ‘All Tomorrows Parties’ in 1996, and this closed the chapter for his Bridge Trilogy.

Apart from just writing books, William Gibson also took part in writing film scripts. He did the writing for ‘New Rose Hotel ‘the movie which starred Christopher Walken, Willem Dafoe, and Asia Argento. He also wrote scripts for some episodes of ‘The X files’ like the ‘Kill Switch’ and ‘First Person Shooter.’

After a break from writing William Gibson made a comeback with ‘Pattern Recognition’ in 2003, ‘Spook Country’ in 2007 and ‘Zero History’ in 2010. All these three novels had their basis in a contemporary context, and this earned him space among the best sellers and mainstream writing.In 2014, his book ‘The Peripheral’ was released and was an exciting read that has its basis on two eras; thirty years into the future and further deep into the future.

Over the years, William Gibson has received positive acclaim on different levels. He has won several awards. Besides writing he has been instrumental in the world of technology, urban sociology, and cyberculture through his writing.

His famous novel ‘Neuromancer’ won three science fiction awards under the category of best book. The awards include the Nebula Award, the Philip K. Dick Award, and the Hugo award. In 1987, the same book under the best foreign language novel of the year won the Seiun Award. ‘Mona Lisa Overdrive’ his other book won the Prix Aurora Award in 1989. ‘Virtual Light’ also won the same award in 1995.

William Gibson married his wife Deborah Jean Thomson in 1972. They had known each other for over ten years and had even traveled together through Europe. They finally settled in Vancouver, and they have two children.

William Gibson is credited to have come up with the word ‘cyberspace’ which he used in his first short story ‘Burning Chrome.’