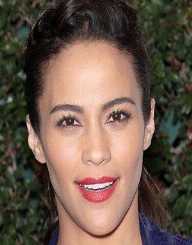 Born on December 5, 1975, Paula Patton is an America actress known for her films including Precious. Making a film debut with Hitch, 2005, she has starred several films and television productions including playing the lead role in Déjà vu, 2006, Mission: Impossible-Ghost Protocol, 2011, 2 Guns, 2013 and Warcraft, 2016.

Paula Patton was born on December 5, 1975, in Los Angeles, California. She was born to Charles Patton a lawyer and Joyce (nee Vanraden), a teacher. She received education at Alexander Hamilton High School and after graduation enrolled at University of California, Berkeley. After her first year, she transferred to the University of Southern California’s Film School.

After her graduation, she was assigned to produce documentaries for PBS for three months. In 2004, she provided vocals for Usher’s Confessions album. Under the pseudonym Max, Paula Patton has written several songs for Robin Thicke. In acting, she made a debut in 2005 in the comedy film Hitch starring Will Smith and Eva Mendes and that same year played a minor role in the drama London.

Paula Patton appeared in the musical film Idlewild, 2006, alongside Big Boi and Andre Benjamin of OutKast fame. She came into limelight after landing a female lead role of Claire Kuchever in the sci-fi thriller Déjà vu, 2006 opposite Denzel Washington. The film was a boss office hit grossing over $180 million worldwide. It was followed by appearing in the music video Lost Without You by her then-husband Robin Thicke. In 2008, she appeared alongside Kelvin Costner in the comedy-drama Swing Vote playing television reporter Kate Madison. That same year played Amy Carson the wife of Ben played by Kiefer Sutherland in the supernatural horror film Mirrors.

In 2009, Paula Patton had another big role-playingMsBlu Rain in the drama film Precious. Her character was a teacher who teaches and mentors disadvantaged students at an alternative high school in Harlem, New York. The following year, she appeared in Just Wright and replaced Sharon Stone as an assistant attorney on the NBC series, Law & Order: Special Victims Unit.

Paula Patton played the lead role in the action film Mission: Impossible – Ghost Protocol released on December 16, 2011. The film was critically acclaimed and very successful at the box office grossing about $700 million worldwide. She gained another lead role in the comedy film Jumping the Broom, 2011. The film produced with a budget of $6 million grossed $37 million.

Paula Patton had starred in 2 Guns, co-starring Denzel Washington in 2013 and that same year played in Baggage Claim. Her other works include the romantic comedy The Perfect Match, 2016, The Do-Over, 2016 and Warcraft, 2016. In 2017, she played Laura Price in the ABC series Somewhere Between,