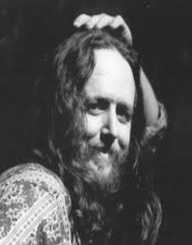 Keith Richard Godchaux was born 19th July 1948, in Seattle, Washington, in the United States. His family moved to Concord in California, which is where Godchaux grew up. His father was a musician, and encouraged Godchaux to learn piano, which he did from the age of five.

By the time he was a teenager, Godchaux was proficient as a musician, and played at jazz bars, although the experience left him wanting.

In 1971, Keith Godchaux and his wife met Jerry Garcia at a concert. Garcia was one of the founding members of the Grateful Dead, playing guitar and performing lead vocals.

Godchaux knew the band’s sound engineer through other musical work he had done, and he was able to audition for Garcia. It was around the same time that the band’s resident keyboard player had to go to a hospital. He was immediately invited to join the group, and two months later performed in his debut concert with them. Throughout the 1970s, Godchaux performed with various pianos, settling on a baby grand piano.

As the years passed, Keith Godchaux became addicted to heroin and alcohol. His wife also had an alcoholic problem, and the two argued constantly. In 1978 – 79, it was thought he had passed his prime in the group and was going through the motions. In 1979, by mutual decision, he and his wife left the Grateful Dead. He had been a member of the group for eight years.

In 1975, they had produced their album, the Keith & Donna album. They formed a small group with some of the members from the Grateful Dead and toured for a time. When the group disbanded, they joined the Jerry Garcia Band for two years.

After leaving the Grateful Dead, the couple took some well-earned time off, although Godchaux did some intermittent performances with contacts from the group.

Keith Godchaux was posthumously inducted into the Rock and Roll Hall of Fame as a member of the Grateful Dead in 1994.

In 1970, Keith Godchaux married Donna Jean Thatcher, a session vocalist. They had a son in 1974, and the couple named him Zion.

He died on 23rd July 1980, at 32 years of age. He was in a car accident and received massive head injuries from which he didn’t recover.