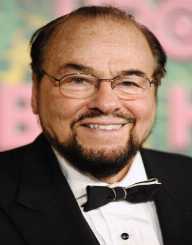 James Lipton was born on September 19th, in 1926. He is a famous American writer. Besides being an author, he has garnered high acclaim for his works as a producer and a director. One of his most successful series was Inside the Actors Studio which began to air in 1994.

James Lipton was born on September 19th, in 1926. His birthplace was in Detroit, Michigan. He was the only son of Lawrence Lipton and his wife, Betty. His mother worked as a teacher while his father was a journalist.

Due to the financial hardships that his family was going through when he was young, Lipton was forced to work when he was only 13. Around this period, he went ahead and offered his services to The Detroit Times as a newspaper copy boy.

James Lipton schooled at the Central High School situated in Detroit. Afterward, he joined Wayne State University where he only studied for one year. Soon, he was drafted to join the United States Air Force.

During the 1940s, James Lipton went ahead and worked with WXYZ Radio where he played the role of The Lone Ranger. When World War II came to an end, he migrated to Paris. He did not spend much time here before making his return to the U.S. to focus on his acting career.

His acting career took off with the role he played in a Broadway show dubbed The Autumn Garden -1951. In the same year, he also landed himself a role in the TV show called Pulitzer Prize Playhouse. Similarly, he also featured in yet another show in 1951 called Armstrong Circle Theatre.

James Lipton's big break in the TV industry came in 1952 when he featured as Dr. Dick Grant in Guiding Light. This was a recurrent role that he went ahead and played for about ten years. Other shows that he featured in during this decade include The Web, and You Are There.

His acting career was moderately successful as he featured in other TV shows such as The Simpsons, Cold Squad, Family Guy, Saturday Night Live, Glee, and Suburgatory.

Inside the Actors Studio

With a significant focus in coming up with an actors’ educational program, James Lipton founded Actors Studio Drama School in 1994. The same year, he initiated a project at the school dubbed Inside the Actors Studio. This was a show that called on successful individuals in the film industry to answer students’ questions. The interview sessions were recorded and broadcasted on TV. This project earned Lipton major recognition for his creativity in the show.

James Lipton got married twice. Nina Foch was his first wife. This marriage lasted for about six years before it came to an end in 1959. In 1970, he married Kedakai Turner, a model.