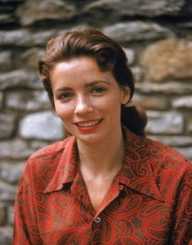 June Carter Cash is an American country music heroine. Cash is also a Grammy Award winner for her musical prowess. She is a member of country music’s first family, actor, comedian, and philanthropist.

June Carter Cash was born on June 23, 1929, in Maces Springs, Virginia. At birth, she was named Valerie June Carter. Her parents were Ezra and Maybelle Carter. She had two sisters, Helen and Anita. Cash attended John Marshall High School.

She also studied acting and theater later in life. Her family was made of country music singers. Her mother taught her to play the autoharp from a tender age. She formed a trio with her sisters called the Carter Sisters. Cash was ten years when she started performing. She was also gifted in skits and speech.

When the trio broke up in 1943, their mother joined in and formed another band. They called it Maybelle and the Carter Sisters. The group later merged with the Virginia boys.

The Virginia Boys was a duo of Maybelle’s brother and cousin. With the family outfit, they went on to record several songs. They also performed in various places. Music legends like Hank Williams and Elvis Presley were part of their tours.

June Cash had a music career spanning over 60 years. She recorded as a solo artist and also did songs with other artists. Her song Jukebox Blues was a solo venture. It went on to be a hit in the 1950s.

She then wrote the song Swallerin’ Place for Frank Loesser. In her musical career, she recorded three albums. These were Appalachian Pride, Press On, and Wildwood Flower. The latter was produced after her death by her son.

In 1999, ?June Cash won a Grammy Award with her album Press On. The album Wildwood Flower earned her two Grammy Awards posthumously. These were The Best Traditional Folk Album, and Best Female Country Vocal Performance. Cash was better known for her music. She was also an author, actress, and businessperson.

Together with her husband, they won several awards. In 1967, they were number two in the US charts with their hit Jackson. They won a Grammy Award in 1968, for Best country Music Duet category. In 1971, they won another Grammy Award for Best Country Vocal Performance.

June Carter Cash had three marriages in her life. The first two ended up in divorce. She married her first husband and fellow musician in June 1952. Her marriage with Carl Smith did not last long. The couple divorced in 1956.

They had a daughter called Carlene Smith. She then went on to marry Edwin Nix in 1957. Nix was a policeman. They got one daughter called Rozanna the following year. The union lasted until their divorce in 1966. From 1968, Cash was married to Johnny Cash until her death. With Johnny, she had a son called John Cash. June Cash was a distant relation to former American President Jimmy Carter.

The couple donated financial support to the SOS Children’s Village group throughout their lives. Apart from the US, Cash couple also had a home in Jamaica. There, they helped build an orphanage in the nearby village. They also supported many charities in the US and Jamaica.

June Cash died on May 15, 2003, in Nashville, Tennessee. She was 73. Cash had undergone a heart valve transplant. She died of the complications that followed the surgery. In her life, she used her artistic talents to entertain people. Cash also gave back to the community when it needed her. In her remembrance, she has been featured in a movie.

The movie Walk the Line is about the love life of June Cash and her husband. It was first shown in cinema halls in 2005. The actress who played June Cash was Reese Witherspoon. June Carter Cash won an Academy Award for the role.