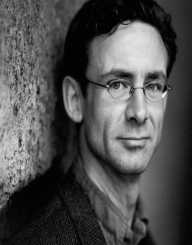 Chuck Palahniuk is a Novelist and an Essayist.

Charles Michael Palahniuk was born to the couple Carol Adele and Fred Palahniuk at Pasco in Washington, US.  Their ancestor’s family had traveled to New York from Canada in 1907.   His mother and father got separated when Palahniuk was a teenager.  The grandparents looked after Palahniuk and three siblings.

He had a stint with KLCC, a radio station, a local newspaper and as a diesel mechanic. In 1998 he offered to work in a hospital helping incurable patients

He quit this assignment on the death of close patient.

Palahniuk enrolled in the University of Oregon School of Journalism. He graduated in 1986.

Palahniuk’s writing started when he was in his early 30’s. He could not publish his novel, Invisible Monsters. He wrote another novel, Fight Club when he was working as a diesel mechanic. This was a short story and later converted into a full novel. The novel had good reports and received awards as well.

Palahniuk started working on Rant, a science fiction series and attended a workshop at Clarion West Writers Workshop in 2008.  He explained the participating students the style of his writing and theme of fiction.

The video game based on the film, Fight Club, was made public in 2004. The novels Invisible Monsters and Lullaby have been shown on line.  His attempts to film the story, Survivor, did not evince much interest in view of the attacks on the World Trade Centre in 2001. The 20th Century Fox agreed to film the novel in 2004.

His novel, Choke was filmed in 2008 and released for the first time at the Sundance Film Festival.  The filming of the story, Diary, as HBO series (Home Box Office) was also contemplated.  The novel, Rant, was also announced to be filmed in 2014.

Palahniuk has discussed cultural matters in a series of TV appearances in 2007.

In his novels, Palahniuk has described downgraded people by the public.  His stories became mocking horror stories.

His critics have branded Palahniuk as a pessimist.

In 1999, his father starting dating Donna Fontaine but was murdered by her former boyfriend in 2001. He has been unmarried but living with a boyfriend. He is a guy and living with his partner for over two decades.

Palahniuk has authored 18 fictions and 14 short fictions. He has also authored 3 non-fiction.

Five of his novels have been filmed.