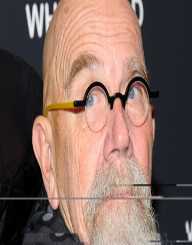 Born on July 5, 1940, Chuck Close is an American is an American photographer, painter, and an artist. He is best-known for artistic and splendid nature of his final deliveries.  Acclaimed as the photorealist, he gained recognition through his massive-scale portraits. His life has been all about bringing out a class of artwork either through the abstract paintings of himself or others. Though he got paralyzed after a spinal artery collapse in 1988, it has not prevented him from delivering quality work. His works are sought for internationally by collectors and museums. Close also does portraits with a large format camera.

Charles Thomas Close best known as Chuck Close was born in Monroe, Washington to Leslie Durward Close and Mildred Wagner Close. During his childhood days, Close suffered from lots of medical complications. He was first diagnosed with a neuromuscular disease which brought about difficulties in raising his feet and again nephritis and dyslexia. His condition made it almost impossible to have an education since it affected his performance in school.

At the Yale University, Close was known for his articulate brushwork. He was inspired and challenged when he saw the paintings of Jackson Pollock at the Seattle Art Museum. He was just 14 then, and it was his first time at the place. According to him, the works were far ahead of what he presumed painting was. With his love for the artwork, he also studied at the Academy of Fine Arts Vienna.

Chuck Close commenced his work developing large portraits from photographs also known as photorealism. He started with paintings of himself as well as family and friends. Picking inspiration from the disorder, prosopagnosia, he accepted his condition and used it as his strength instead of weakness. He also used painting as a way of recognizing people due to his disorder.

After his education, Close moved to New York from Yale to commence his artwork in SoHo. During his early days, he applied the airbrush techniques in his work which brought about the development of the ink jet printer. Close applied the techniques of watercolor, pastel, ink, etching, silkscreens, Polaroid photographs and Jacquards which made his work a fantasy to watch.

Close did several experiments with figurative constructions and gradually was able to come out with black and white photographs which were later transferred onto canvas and painted it in color. He applied the rule, create a problem, and find a solution to it. This brought about his artistic style which he applied throughout his works. In an interview in 2009, Close disclosed that "I threw away my tools," "I chose to do things I had no facility with.”

Chuck Close’s work is highly patronized because of his careful and methodical applications of colors with his brush thoughtfully to create an artistic work. With the application of the photorealism concept, he mostly came out with paintings which were highly focused and larger than real life. Close and the likes of Richard Estes, Denis Peterson, and Audrey Flack worked with still photographs to produce a painting which looks like the original photographs though it is painting.

Close did not restrict himself to just paintings but has also been in printmaking throughout his career. His first attempt was in 1972 at the Crown Point Press in San Francisco and also worked with Tadashi Toda in Kyoto in 1986. He has collaborated with the late Joe Wilfer and Don Farnsworth who he worked with at the Magnolia Editions in his print works.

Chuck Close has showcased his works at several exhibitions with the first being at the University of Massachusetts Art Gallery in 1967. That exhibition came with several controversies and even a court suit against Close by the University because they saw some of his paintings as obscene. Close, however, had some backings from the American Civil Liberties Union and American Association of University Professors.

Close won the first ruling, but the judgment was later overturned when the University appealed because Close couldn’t attend court proceedings. His works have since been exhibited at the Bykert Gallery in New York, 1970, White Cube Bermondsey, London, 2013 and the Museum of Contemporary Art, Sydney in 2016 and many others.

Chuck Close has termed the day he got paralyzed through a spinal artery collapse. It happened in December 1988 during a ceremony to honor local artist in New York City. There, Close felt pains in his chest and after his speech at the ceremony sought to visit the Beth Israel Medical Center for medical attention but suffered a seizure on his way. He got paralyzed from his neck down and had since relied on a wheelchair.

The condition has though restricted Close from doing his work as before; he has not given up on his deliveries. He straps his brush on his wrist by tape and with some assistance; he creates low-resolution grid squares.

Chuck Close has contributed to several fundraising through the donation of artworks for auction. He donated artwork at the New York Stem Cell Foundation in 2007. He also presented tapestries of President Barack Obama which was later sold to raise funds for the Obama Victory Fund. He has done same for Clinton and Al Gore to raise funds at auctions.

Close has also auctioned paintings to raise funds for Coalition for the Homeless and Lunchbox Fund. He has mentored several students through a public-private partnership in collaboration with the US Department of Education and White House Domestic Policy Council.

Chuck Close is a proud recipient of the National Medal of Arts from President Clinton, 2000. He has also received the New York State Governors Art Award and Skowhegan Art Medal. Aside from the awards, he has received several honoraries from institutions like the Yale University, a member of the National Academy of Design and an appointment as an artist of the Cultural Affairs Commission among several others.

Chuck Close has been married twice, first to Leslie Rose with whom he had two daughters. The couple divorced in 2011. He then got married to Sienna Shields an artist in 2013. They live together in Bridgehampton, New York.