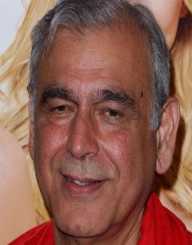 Ismail Merchant was born on December 25th, in 1936. He was a well-known film director and producer born in India. He spent the better part of his career working with Merchant Ivory Productions. In total, their film works helped them bag home 6 Academy Awards.

Ismail Merchant was born on December 25th, in 1936. His place of birth was in Bombay, India. His father, Noor Mohamed Rehman, worked as a textile dealer. When Merchant was only 11 years old, his family was affected by the Indian partitioning which occurred in 1947. His father being the head of the Muslim League negated to be relocated to Pakistan.

When Merchant clocked 13, he caught the interest of a young Indian female actress called Nimmi. As a result, Nimmi inspired Merchant, and with time he was introduced to Bombay acting studios.

For his college education, Ismail Merchant enrolled with St. Xavier's College, Mumbai. Later, he received his Bachelor of Arts degree at the University of Bombay. While studying at the university, Merchant developed a particular liking for movies. Sooner or later, he moved to the USA where he took his MBA classes at the New York University.

While in New York City, Merchant crossed paths with James Ivory, a director. They crossed paths when Ivory was screening the documentary dubbed The Sword and the Flute. This was in 1969. The two clicked right away, and they partnered together to come up with a film production company called the Merchant Ivory Productions. The two went ahead and developed a strong working relationship throughout their careers.

While working together, Merchant and his partner released The Householder in 1963. The partners rose to the limelight after they released the film adaptation of The Europeans.

Ismail Merchant passed away on May 25th, in 2005. He was buried in India as per his requests that he should be buried by his ancestors. He was 68 years old when he breathed last.