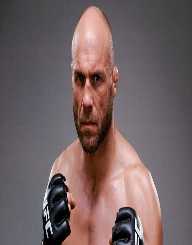 Randy Couture was born on June 22, 1963, in Everett, Washington, USA. His parents are Sharan Kin and Edward Couture.

His middle school education, Couture attended Alderwood Middle School. It was while there that Couture first began wrestling. When Randy Couture moved on to attend Lynnwood High School, he continued to play on the school’s wrestling team.

After graduating from high school, Randy Couture went on to join the United States Army in 1982. While in the army, he continued to wrestle. He was on the Greco-Roman wrestling team. Couture was later discharged from the army in 1989.

When not training for wrestling events, after leaving the army, Randy Couture worked as the wrestling coach at Oregon State University. He stayed at this university until 1997, which was the first year that he was professionally involved with MMA fighting.

Couture’s mixed martial arts (MMA) career began more suddenly than he expected it t. He was called in as an alternate for the MMA UFC 13 competition. He only had three weeks notice to train. Luckily, he had been in the habit of training for years before this. The competition took place in May 1997. He was a part of the Heavyweight portion. During this competition, he secured his win by defeating players beginning with Tony Halme through his final opponent, Steven Graham. Winning this competition helped to kick off his professional MMA career.

His next major competition was in October 1997. This time, he participated at the UFC 15. Again, he was in heavyweight competition. He was fighting to win the UFC Heavyweight Championship. Since he did not have much professional experience, not many people expected him to do well. Instead, he ended up defeating Vitor Belfort, which allowed him to continue in the competition. Two months later, he continued onto Japan to challenge Maurice Smith, who held the heavyweight championship. After an aggressive fight, Couture won the match and became the new championship.

It wasn’t until late in 2000 that Randy Couture returned to the MMA scene. His first major re-entry into fighting was when he competed in the RINGS Kings of Kings Competition. As he made his way higher up in the competition, he defeated Jeremy Horn and Ryushi Yanagisawa. He later lost this competition when he was defeated by Valentijn Overeem. Meanwhile, Couture was also competition in the UFC Heavyweight Championship. He later won this competition after defeating Kevin Randleman.

After winning the heavyweight title, Randy Couture spent the next part of his career working on defending it. He fought Pedro Pizzo at the UFC 31, where he first defended his title. This match was extremely close, but Couture won, keeping his title. He continued to defend his title through 2001 and into 2002. He lost the title in 2002 to Josh Barnett. However, Barnett soon later lost the title because it was discovered that he was using steroids. Because of this, no one now had the championship. Couture then went on to fight Ricco Rodriguez; losing this match earned Rodriguez the championship.

Shortly after this match, Randy Couture trained to make his way in the light heavyweight division instead. His first fight in this division was against Chuck Liddell. He won this fight, which also allowed him to win the UFC Interim Light Heavyweight Championship. He then went on to defend his title against Vitor Belfort. He lost this match and lost his title. There was a rematch for this title a year later, which Couture won.

In 2005, Randy Couture fought Liddell again. He lost this match, meaning Liddell took on the light heavyweight title. He would later fight Liddell again the next year, and he lost again. After losing this match, he officially retired from MMA fighting.

He later returned to fighting in 2007, even though he had previously retired. He returned to the ring in the UFC 68. In this competition, he fought Tim Sylvia for the Heavyweight Championship. The match was close, but Couture eventually won the match, earning him the title. A few months later, at UFC 74, he defended his title against Gabriel Gonzaga. He won this match and kept his title.

Shortly after defending his title, Randy Couture resigned from the UFC and retired from MMA fighting again, this for only about a year before he returned to the ring in 2008. He signed a three contract fight with the UFC. For his fights, he fought Brock Lesnar and Antonio Rodrigo Nogueira. He lost the first but won the latter. This encouraged him to keep on fighting.

He then signed a six-fight contract, which overlapped with his former three-fight contract. He again moved down to the light heavyweight division. He then went on to fight Brandon Ver, a match that he won. While still under his contract, he went on to fight Mark Coleman, James Toney, and Lyoto Machida. After losing a match to Machida, Couture retired again, this time for good.

Randy Couture began his acting career in 2003 when he played the role of a fighter in Cradle 2 the Grave. He then went on to play other small roles in films like No Rules, Invincible, and Big Stan.

After retiring from MMA fighting for the first time, Randy Couture went on to work on several sports television shows. For one of his jobs, he was a broadcast commentator on MMA fights. He was also the co-host of Before the Bell, as well as After the Bell, for a short time. He also worked as a coach on the reality show Fight Master: Bellator MMA.

Outside of his sports television shows, he has also been featured on several other television shows, including Pros vs. Joes, The King of Queens, The Roots of Fight, Bill Nye Saves the World, and Hawaii Five-O. Some of the most recent films he has had small roles include The Expendables (1, 2, and 3), Ambushed, and Good Kids.

In 1999, Randy Couture helped to found Team Quest, an MMA training camp. Other founding members of this group include Matt Lindland and Dan Henderson. The company currently has locations all around the world, including in Oregon, California, and Thailand. However, the company is now primarily owned by Lindland and Henderson, as Couture is no longer involved with Team Quest.

In 2006, Randy Couture opened his own MMA training gym in Las Vegas. The biggest location for this gym is still in Las Vegas, but the company has since spread. The gym now has locations all over North America. Some of the other main trainers at the gym include Dennis Davis, Ray Sefo, Neil Melanson, Tim Lane, Kyle Griffin and Robert Follis. Couture is currently still involved with this gym.

All of Couture’s awards are due to his fighting career. Some of his most impressive awards (excluding his titles) are listed below.