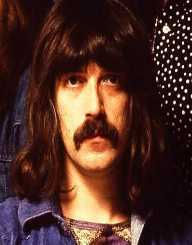 John Douglas Lord was born on 9th June 1941, to Reginald and Miriam Lord. He was born in Leicester, England. Lord was encouraged by his father from a young age to learn music, as his father was also a musician, playing the saxophone.

Lord studied classical piano as a child, and during his time at Wyggeston Grammar School for Boys, he learned both piano and organ. He also participated in the school choir and drama productions.

After graduating from school, Jon Lord worked in a solicitor’s office as a clerk for two years. In 1959, he moved to London. He enrolled at the Central School of Speech and Drama at Swiss Cottage with the intention of becoming an actor. After his graduation in 1964, he started to win small acting roles, but at the same time, he was playing piano and organ in nightclubs, as well as working as a session musician.

In 1960, Jon Lord joined the Bill Ashton Combo. Over the next couple of years, Lord and Ashton joined Red Bludd’s Bluesicians, and Lord changed his name spelling from John to Jon.

The group disbanded in 1963, and Lord along with two of the other members started a new band called The Art Wood Combo. Over the next five years, the band performed on television on such shows as Ready Steady Goes Live, and the radio show, Saturday Club. They never had much success, and after disbanding, they regrouped in 1967 under the name St. Valentine’s Day Massacre. Lord founded another band, and performed with yet another group, but never had great recognition.

Jon Lord was introduced to Tony Edwards in 1967. Edwards wanted to invest in the music industry with his partners. After musicians coming and going, and auditions were held, the band finally came together under the name of Roundabout. The members were Jon Lord, Ritchie Blackmore, Ian Paice, Rod Evans, and Nick Simper. The band’s name was changed to Deep Purple. Evans and Simper were sacked in 1969, and Ian Gillan and Roger Glover joined the group.

Between 1970 and 1975 they released a further seven albums. In 1973, Gillan and Glover left the band, and in 1975, Blackmore left. In 1976, the band fell apart. Even though Deep Purple was having great success, Lord continued along at the same time with his solo work and collaborative work with other artists.

Jon Lord composed classical works which proved to be very popular, and in 1972, his first solo album, Gemini Suite, was released. He had singers Yvonne Elliman and Tony Ashton, and the London Symphony Orchestra with a band. He collaborated with talented musicians over the next couple of years but didn’t have huge commercial success.

When Lord returned to Britain in the late 1970s, he had a massive tax debt from his Deep Purple days. One of the former members, David Coverdale, had a new band called Whitesnake, and Jon Lord joined him to earn money for his tax bill, along with Ian Paice. He performed with Whitesnake until 1984, most of the time not very happy with the money he was getting but having the advantage that due to his talent and being known from Deep Purple, he remained in the public eye.

Once again, Jon Lord continued his solo recording and performed with friends such as George Harrison and David Gilmour from Pink Floyd.

Lord reformed Deep Purple in 1984, to huge success and popularity from a hungry fan base. They continued to perform and record over the next decade, but by 1990, the popularity began to decline. He stayed with his solo work, recording a poignant album in 1998 called Pictured Within, and did a European tour for the album as well.

In 2002, Jon Lord retired from Deep Purple with no hard feelings. He played piano on George Harrison’s Brainwashed album, released after Harrison’s death in 2002. Lord was excellent friends with Harrison and Sir John Mortimer. In 2006, he recorded two classical compositions in Denmark, but they weren’t released until 2008.

Jon Lord also accepted a commission to compose the Durham Concerto to celebrate the 175th anniversary of Durham University. The Royal Liverpool Philharmonic Orchestra along with featured soloists premiered the composition at Durham Cathedral in October 2007. He also had a reunion with the Artwoods group in 2007, and in 2010, Lord released another solo album. His final live concert appearance was in July 2011.

During Jon Lord's time with Deep Purple, they release 16 studio albums, 14 live albums, and 13 compilation albums, as well as numerous singles. From 1969 to 2012, Lord released 21 solo and orchestral works, two albums with The HoochieCoochie Men, an album with Santa Barbara Machine Head, and numerous session recordings. He also participated in 14 television shows or films, being interviewed about Deep Purple and music.

2016: Jon Lord was posthumously inducted into the Rock and Roll Hall of Fame

In 1969, Jon Lord married Judith Feldman. The couple had a daughter, but they divorced in 1981. His second marriage was to Vickie Gibbs, and they also had a daughter.