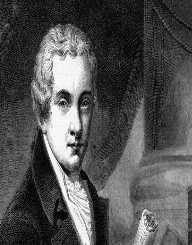 William Wilberforce was born into a wealthy family in Kingston upon Hull, Yorkshire, England. His father was a merchant. After his father died, Wilberforce inherited a fortune which turned him into a bit of a libertine. Playing poker, he wasted a lot of his money on gambling tables. He was also a regular at the fashionable clubs of London. Wilberforce loved music and had a good singing voice. Apart from his wealth and life of ease, he was interested in politics from a young age.

William Wilberforce became the Member of Parliament for Hull in 1780. Later, he represented Yorkshire. He spent eight thousand pounds of his fortune on his political campaign. Wilberforce then fell under the influence of John Newton, Church of England minister. Newton was an ex-slave ship captain who he had turned to religion. The minister was also a writer and composed hymns, including Amazing Grace. Through his interaction with Newton, Wilberforce found meaning in religion and this, in turn, influenced his political decisions, including his strong anti-slavery stance.

William Wilberforce was educated at the Cambridge University.

Wilberforce’s major achievement was his involvement in the abolishment of slavery in the British Empire. He was exposed to the ideas of abolitionist Thomas Clarkson, and this led to his work in campaigning to put an end to slavery. This started with calls to end the trade of British ships carrying slaves from Africa. He lobbied hard for the abolition of slavery for many years, continually introducing and re-introducing anti-slavery bills into parliament.

The Clapham Sect and other abolitionists supported him with public rallies, petitions, books, and pamphlets. In 1807, the slave trade finally ended. Though the trade had finished, it did not help or free those who were already enslaved. The campaigning continued.

By 1833, an act was passed freeing all slaves in the British Empire. At the time when William Wilberforce started his anti-slavery work, slavery was so entrenched in society that most people did not believe that it could be ended without economic and social chaos.

Wilberforce’s wife was Barbara Ann Spooner (b. 1777-d.1847). She was the well-connected daughter of Isaac Spooner of Elmdon Hall, Warwickshire, and his wife Barbara, the sister of the first Lord Calthorpe. The couple had six children, including a daughter Barbara who died from consumption at a young age.

William Wilberforce became an Evangelical Christian and in 1870 and became part of the Clapham Sect. It was his faith that led him to become interested in social reform. It started with his concern about factory conditions in Britain and later led to his calls for the abolishment of slavery.

William Wilberforce retired in 1825 and died in 1833, shortly afterward the act to finally free slaves in the British Empire was passed by the House of Commons. He is buried, Westminster Abbey.

William Wilberforce has concerned with many social issues and amongst others was active in supporting the Society for the Suppression of Vice, the Association for the Better Observance of Sunday and the Royal Society for the Prevention of the Cruelty to Animals. He was a supporter of missionary activity both at home and abroad. He was a founder of the RSPCA.