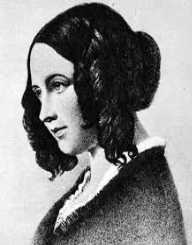 Nelly Ternan was also referred to as Nelly Robinson. In addition to being an actress, Ternan is remembered for her affair with Charles Dickens. Her relationship with Dickens led to the production of the film The Invisible Woman.

Ellen Lawless Ternan was born on 3rd March 1839 into a family of actors in England. She was third born daughter of four siblings. Her youngest brother, however, died a child.

Her parents were both actors. At three, she made her acting debut at Sheffield. Together with her two sisters, they were presented with the infant phenomena award. She lost her father at seven.

In one of her performance of The Frozen Deep at Haymarket Theatre, Dickens spotted her talent. At that time Nelly Ternan was only 17, one year younger than his daughter. Despite his marital status, and the age difference Dickens and Ternan began seeing each in a relationship kept highly secret.

Dicken’s meeting with Nelly Ternan worsened his already rocky marriage. He immediately fell in love with Ternan. The affair between the two would last for 13 years. The highly controversial relationship resulted in one child who died in infancy

The relationship however ended on 7th June 1870 when Dickens died. While having dinner, he collapsed and died one day later of what the doctors described as effusion on the brain. In Dicken’s will, he left $5590 to Nelly Ternan.

A year after the loss of her elderly lover, Nelly Ternan found solace in George Wharton Robinson. They married in 1876. The couple had a son and a daughter. Together with her husband, they owned a school. They sold their school in 1886 to salvage their family financial crisis.

Robinson was affected by the family’s financial trouble to a point he lost his mind. On the other hand, Nelly had breast cancer. Despite her successful full recovery, she lost her husband soon after her recovery.

In the last stage of her life, Nelly Ternan participated in the Anti-Suffrage League. She, however, succumbed to cancer on 25th April 1914. A film was later adopted in line with her love story with Dickens was produced in 2013 at Toronto Film Festival.