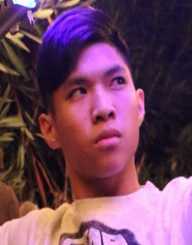 American dancer Gabe De Guzman was born on the 20 February 2001 in Murrieta, California. As an asthmatic, his sister encouraged him to take up dancing.

Guzman has been dancing since childhood and specialized in a hip-hop dancer and freestyle dancing but is always evolving and learning new dance styles and moves.

His YouTube Channel is: DancingWithYT and showcases his skill as a dancer. Guzman appeared in the third season of Shake It Up. In 2012 he appeared alongside Will Smith at the Kids Choice Awards and the same year he danced with Carly Rose Sonenclair at the X Factor final.

Guzman is a member of the lilBeasts dance team. Apart from dancing, Guzman also plays the drums and the keyboards.