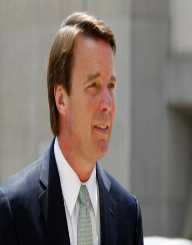 After 2004, John Edwards worked full-time at the One America Committee, which he had established in 2001. He later served as the director of the Centre of Poverty, Work, and Opportunity at the University of North Carolina at Chapel Hill School of Law and as a consultant for Fortress Investment Group LLC.

In 2011, a federal grand jury in North Carolina found him culpable on six different felony charges. Edwards admitted to violating federal campaign contribution laws in order to conceal his extramarital affairs among others. However, the judge found him not guilty on one count and cleared of the five other charges, after the jury failed to reach a consensus. All other charges were therefore dropped by the Justice Department. Despite the acquittalfrom all charges, John Edwards’s political career ruined after the revelations of his extramarital affairs.

John Edwards was born on June 10, 1953, in Seneca, South Carolina to Wallace Reid Edwards and Catharine Juanita "Bobbie" Edwards (née Wade). Due to his father’s profession, the family moved from one town to the other before settling in Robin, North Carolina. His father worked as a textile mill worker while his mother owned an antique finishing business and later worked as a postal letter carrier.

Edwards was into sports and played football while in high school. He then enrolled at Clemson University, becoming the first person in his family to have a college education. He later transferred to North Carolina State University, graduating with a bachelor’s degree in textile technology with high honors in 1974. He also received his Juris Doctor at the University of North Carolina School of Law.

After earning his Juris, Doctor, Edwards worked as a clerk for federal judge Franklin Dupree in North Carolina. He then became an associate at Dearborn & Ewing, a law firm in Nashville. While there, represented some corporate clients and a Nashville bank. One of his colleague at the law firm was Lamar Alexander who also became a governor and US Senator from Tennessee. In 1981, he worked with Thorrington, Smith & Hargrove in Raleigh, North Carolina where he represents and won several difficult cases including a winning a $3.7 million verdict for a client in a medical malpractice suit. He also sued the American Red Cross on three occasions in an alleged transmission of AIDS through tainted blood products. All these cases were settled confidentially.

John Edwards partnered with his friend David Kirby to start a law firm (now called Kirby and Holt) in 1993. He gained nationwide fame as a trial lawyer representing children and families against big firms. One of is famous cases was representing three-year-old Valerie Lakey, against Sta-Rite in 1996. He won $25 million for his client.

John Edwards contested on the ticket of the Democratic Party and successfully won a seat to become US Senate from North Carolina in 1998. He defeated the incumbent Republican Senator Lauch Faircloth by earning 51.2% of the votes to the 47.0% by Faircloth. During his tenure as a Senator, he supported the resolution for the Iraq War but later changed his position. In 2005, he expressed great regret and apologized forever supporting the military authorization. During his tenure in the Senate, he promoted programs to alleviate poverty and supported the "College for Everyone". John Edwards also supported social policies like the abortion right, universal healthcare and opposed the constitutional amendment to ban same-sex marriage. He also supported the abolishment of the Defence of Marriage Act. John Edwards also served on several committees including and the US Senate Committee on Judiciary, US Senate Select Committee on Intelligence. He retired from Senate in 2004 after his term ended.

After his tenure in Senate, John Edwards was appointed the director of the Centre on Poverty, Work, and Opportunity at the University of North Carolina, Chapel Hill in 2005. John Edwards alongside Jack Kemp co-chaired a Council on Foreign Relations task force on United States-Russia relations. He also joined the Fortress Investment Group in 2005.

After retiring from Senate, John Edwards eyed the high office and wanted to become the president of the United States. With this ambition, he contested to become the Democratic Party’s nominee for the 2004 presidential election but was unsuccessful. After the unsuccessful attempt, he was selected by winner, John Kerry to be his running mate for 2004, presidential elections. They lost the elections to incumbent President George W. Bush. He contested for the presidential slot again in 2008 but for the second time was unsuccessful.

John Edwards married Elizabeth Anania In 1977. The couple has four children including Wade, Cate, Emma Claire, and Jack. He also had a child called Frances Quinn, with his mistress Rielle Hunter. Elizabeth was diagnosed with breast cancer, which the family made public in 2004 and was treated with radiotherapy and chemotherapy. She died on December 7, 2010, from metastatic cancer.

John Edwards had an extramarital affair with a campaign worker, Rielle Hunter, while his wife was battling with breast cancer. The two had a son Francis Quinn. Although he initially denied the affair and being the father of Quinn, Edwards admitted the claims with a press release on January 21, 2010. The US Department launched an investigation into the use of his more than $ 1 million of his political donations to conceal his extramarital affairs. The department, therefore, pursued criminal charges on the alleged violations of the campaign finance laws.

Edwards was on June 3, 2011, slapped on six counts of felony charges, including four counts of collecting illegal campaign contributions, one count of making false statements, and one count of conspiracy by a federal in North Carolina. He would have faced up to 30 years in prison and a $1.5 million fine if found guilty. However, he was found not guilty on Count 3, illegal use of campaign funding and the other charges were declared mistrials. The Justice Department, therefore, dropped all the charges with no interest in a retrial.