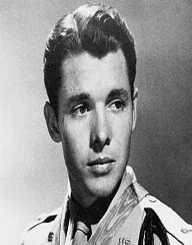 Jean Moulin was an important person in the French Resistance during WW II. He was a hero, patriot, and martyr. He united French Partisan activities under Charles de Gaulle against German war. He achieved legendary status because he refused to break down under terrible torture in the hands of the Gestapo, the secret police of Nazi Germany.

Jean Moulin was born on 20 Jun 1899 in Beziers, France.  His father Antonin Moulin was actively involved in the local radical Socialistic Party.  Jean had a brother and sister and grew up in a peaceful and comfortable atmosphere.

Jean Moulin enrolled in the Law Institute of Montpellier and worked at the prefecture of the Herault. He was drafted into the army to the 2nd Engineer Regiment in 1918 but did not see much action as the World War ended.

After Jean Moulin returned from the army in Nov 1919, he resumed his studies and completed his law degree in 1921.

Jean Moulin's administrative skills were excellent, and he progressed quickly in the ranks as a civil servant in the prefecture. He became chief de cabinet to the deputy of Savoie in 1922, and 1925 became sous-perfet of Albertville. He was the youngest sous-prefet at that time.

Jean Moulin's friend Pierre Cot, a radical socialist politician, named him the chief adjoint to his Cabinet of Foreign Affairs. He was given additional responsibility the following year of serving as sous-prefet of Thonon-Les-Bains.

In 1937 Jean Moulin was appointed as the prefet in the Averon department based in the commune of Rodez. He became the youngest prefet in France.

The career in French Resistance

In 1940 during WW II the German forces occupied his region and committed atrocities against the French. They falsely blamed Senegalese French Army troops for this massacre and forced Jean Moulin to sign a document certifying this.

Moulin being a man of strong conscience refused. He was taken a prisoner and beaten. He still refused and attempted to kill himself by cutting his throat but survived. (This left him with a scar which he later hid with a scarf.)  He was then sacked from his post.

Moulin succeeded in uniting eight major resistance groups and formed the Conseil National de la Resistance (CNR). He was made leader at the behest of Charles de Gaulle and became its chairman. The first joint meeting was held on 27 May 1943.

A meeting was held on 21 June 1943 in the home of Dr. Frederic Dugoujon in Caluire e Cuire. During the meeting, the Gestapo arrested him along with other resistance leaders. They were sent to Montluc Prison in Lyon. Jean Moulin was daily interrogated by Klaus Barbie, the head of Gestapo.

Jean Moulin was tortured since he refused to reveal any valuable information. The torture increased but Moulin being a man of conviction declined to disclose anything. He died on a train while being taken to Germany on 8 Jul 1943. The cause of death is not apparent. It is unknown whether he died because of torture or committed suicide.

Jean Moulin married Marguerite Cerruti in Sep 1926. The marriage did not last long and the couple divorced in 1928.

Jean Moulin was initially incinerated and buried in Le Pere Lachaise Cemetery in Paris. His ashes were later transferred to the Pantheon on 19 Dec 1964. Andre Malraux, a writer, and minister of the republic gave a speech at the transfer site which is known to be one of the most famous speeches in French history.

James Moulin achieved legendary status as a hero of Resistance. He is revered as a true patriot. The French education curriculum commemorates Jean Moulin as a symbol of resistance. He is the third most popular name for a French school or college. Many places, streets, and even a Paris tram station are named after him. He is known for his famous monochrome photo with the scarf and Fedora.

In 1993 a commemorative 2 franc coin was issued by the French government.
The reasons for his death remaining a mystery many books have been written giving various theories of his death. A movie has also been made about his life and activities.