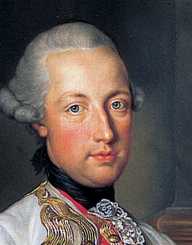 One of the most prominent Classical composers of the 18th century, Franz Joseph Haydn, was born on March 31, 1732, in Rohrau, Austria. He was of German origin, born to father Mathias Haydn and mother Maria Koller. His parents were not wealthy, and it was only thanks to his cousin that he was exposed to music. His cousin, Johann Franz, took him to Heinburg when Joseph was about six years old. The young composer was introduced to harpsichord and the violin and showed great talent with the instruments. Despite facing hunger and lousy treatment because of his dirty clothes, Haydn kept practicing. He also excelled in singing and found the application of his talent in the local church choir.

In 1740, a prominent figure soon noticed the talented boy’s singing. After approval from Franz Joseph Haydn's parents, the director of St. Stephen’s Cathedral in Vienna took Joseph to the capital. There he sang in the Cathedral’s choir and studied in the respective choir school. He received the much-needed musical education, even though Haydn himself was somewhat disappointed. At the age of 17, though, no longer fit to sing with young boys, the choir expelled him. The following years were a challenge for him, both physically and mentally.

He struggled with poverty. He was forced to study musical theory alone and perform in different low-paid musical jobs. After a few fortunate coincidences and meetings, he found himself playing for Karl Joseph von Furnberg, a nobleman. The latter was influential and very fond of music, which gave Haydn the chance to be in charge of his orchestra. It was there that he wrote his first symphony.

After receiving a substantial start for his musical performances, Haydn was faced with a difficulty. The orchestra he played in was dismissed. This state did go on for too long, though, as he soon started playing for Prince Pal Antal Esterhazy. The latter was an influential and, more importantly, a wealthy Austrian prince. In 1761, Haydn was invited to the Prince's orchestra. By that time, Haydn was still somewhat unknown. His music, though, was proving to have a personal touch.

Similarly to Karl Joseph vo Furnberg, Prince Esterhazy was a music lover, which must have played a role in appointing the young Haydn. By proving his qualities, Haydn gained the respect of the whole Esterhazy family. He showed skill and effectiveness in the rehearsals with the orchestra. Five years later, his hard work made him musical director for the noble family. It was this decade that made Haydn known throughout Europe.

Franz Joseph Haydn outlived two princes of the Esterhazy family: Prince Pal and Prince Miklos. They were both music lovers, and Haydn’s music thrived under their grace for nearly four decades. In 1790, Upon Miklos Esterhazy’s death, though, Prince Antal succeeded the noble family’s top position. The new prince was far from music-loving. The orchestra as Haydn knew it was no longer functional.

Franz Joseph Haydn was then practically released of his position in it. He used this to travel to London. There, he was charmed; the new atmosphere influenced him incredibly well. He was treated with great respect and admiration. He returned to Germany after a whole year and a half. In 1794, he traveled to London a second time. Haydn's English period inspired him to write 12 masterpiece symphonies.

Haydn eventually returned to Austria to once again serve the Esterhazy family, under Prince Miklos II. During that period, he interacted with other composers and writers to write numerous oratorios. His works also included beautiful quartets, librettos, and masses. The latter were regarded as some of the most influential of the time. This period also saw the creation of Gott erhalte Franz den Kaiser, the melody of which later served as the German anthem Deutschland uber Alles.

Some of his most famous works include Sonata 62 in Eb major, Piano Trio “Gypsy,” 104th Symphony “London” and many more. Haydn is also celebrated as the “father of the string quartet” with the “Erdody Quartets” being the most famous under this category. Haydn died in Vienna on May 31, 1809.