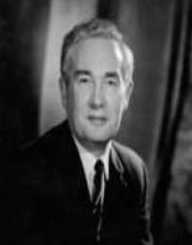 Derek Harold Barton was a Nobel Prize winning Chemist from England who did remarkable research in the determination of the 3-D structure of organic compounds.

Derek Barton made significant contributions to the oxidation of saturated hydrocarbons and the synthesis of aldosterone – a key component for treating Addison’s disease.

Derek Barton was born in Gravesend, Kent, England on September 8, 1918. His star sign was Virgo. His parents were William Thomas Barton, a carpenter, and Maude Henrietta Lukes.

Derek Barton attended the Gravesend Grammar School in 1926 and then went to the King School, Rochester in 1929. Three years later, he was enrolled at the Tonbridge School, Kent. He also studied at the Gillingham Technical College.

Derek Barton received his B.Sc. in Chemistry from the Imperial College London in 1940. He also earned a research fellowship and obtained his Ph.D. in 1942. He received his Doctorate in 1950.

Derek Barton was ready to work at a time when the World War II was going on. He had to enlist in the Army but was found medically unfit and was able to continue his research at the Military Intelligence where he developed a new kind of invisible ink. After the WW II, he became a lecturer at the Imperial College, London. He began researching steroids, which brought him into contact with Louis Fieser, who headed the Harvard Chemistry Department. Derek Barton went to Harvard as a temporary researcher and researched on conformational analysis – work that was crucial for his Nobel Prize-winning research. Derek Barton came back to London and became an Associate Professor of Organic Chemistry at the Birkbeck College in 1950. Three years later, he became a Professor.

In 1955, he became a Regius Professor at the University of Glasgow where he worked for the next two years. In 1957, he became the chairman of the Chemistry Department at the Imperial College. Derek Barton collaborated with the Research Institute for Medicine and Chemistry to develop a profitable method of synthesizing aldosterone. He was elected the President of International Union of Pure and Applied Physics in 1969.

The biggest of his prizes came in 1969 when he was awarded the Nobel Prize in Chemistry. In 1972, he won the RSC Longstaff prize and the Royal Medal. In the same year, he became a ‘Knght of the British Empire’ and a member of the ‘Legion d’Honneur’ in 1972.

In his life, Derek Barton married thrice. His first marriage was to Jeanne Kate Wilkins. They married on December 20, 1944, and had a son named William Godfrey Lukes Barton. The marriage ended in divorce. In 1969, Derek Barton married his second wife, Christiane Cognet. They remained married until her death in 1992.